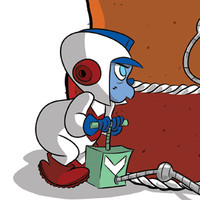 Namco Bandai has announced that ShiftyLook will be celebrating the 30th anniversary of the Dig Dug franchise with a webcomic series, added to the site's line-up of re-imaginings of classic arcade games such as Bravoman (writer: Matt Moylan; artist: Dax Gordine) and The Five-Dimensional Adventures of Dirk Davies (writer: Ben McCool; artist: Dean Haspiel).

“Dig Dug is one of those iconic games that means a lot to retro gamers, especially those of us who grew up constantly trying to inflate many a Fygar, so we wanted to do something very special for the webcomic,” said Rob Pereyda, Producer & Editor-in-Chief of ShiftyLook, “And I think we just might have the comics team-up of the summer and a must read for video games and webcomics fans alike.”

Each creative team will craft self-contained Dig Dug stories, with a different angle brought each time. A partial list of talent is as follows (additional talent to be announced):

Additional Dig Dug collaborators will be announced at a later date. 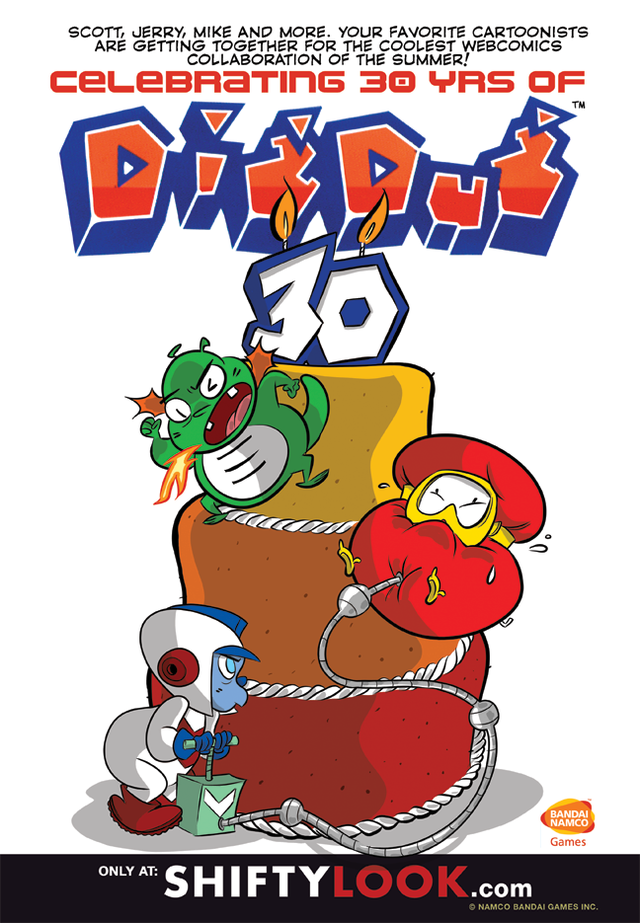