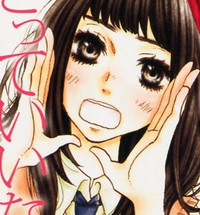 Kodansha's Dessert magazine is announcing a pair of anime adaptations in the July issue, both shoujo romance series. The first half of the double dose is Kanae Hazuki's Suki-tte Ii na yo. (Say "I love you."), which follows Mei Tachibana, a girl who's gone 16 years without making friends or having a boyfriend. Things start to change when she accidentally injures a popular boy named Yamato Kurosawa, who takes a liking to her, thus kicking off a one-sided relationship.

The second anime announcement is for Robiko's Tonari no Kaibutsu-kun (The Monster Seated Next to You). This series centers on Shizuku Mizutani, a girl who only cares about her own grades. When she accidentally delivers lesson notes to Haru Yoshida—a boy who is repeatedly absent from class—he becomes convinced that they're friends. 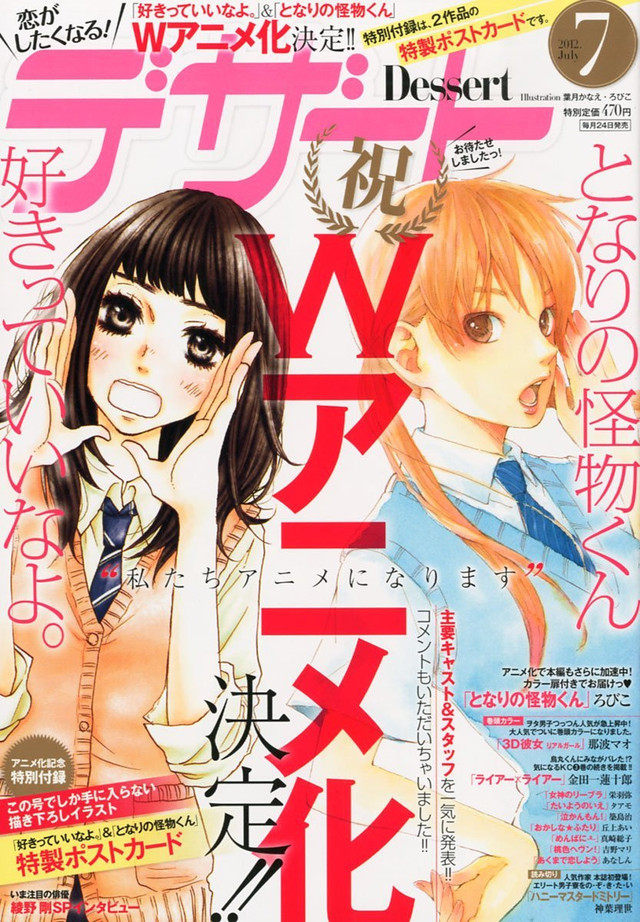