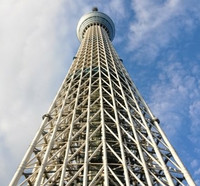 The opening of the Tokyo Skytree, located in Sumida Ward's Tokyo Skytree Town, attracted 200,000 visitors eager to check out the new landmark. While the Tokyo Skytree may not actually be the world's tallest structure—it comes in second behind Burj Khalifa, the Dubai skyscraper most recently featured in Mission: Impossible - Ghost Protocol—the broadcast tower still looms at an impressive 634 meters. 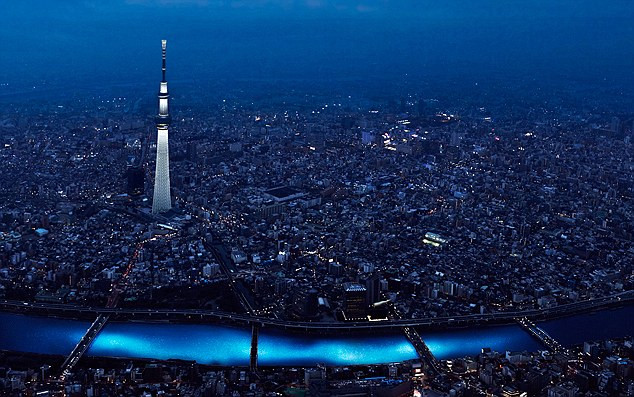 Opening day came to a momentary halt, however, when two elevators malfunctioned due to high winds. The stopped elevators kept visitors stranded in an observatory around 6:00 pm. While everything worked out ok in the end, it's interesting to note that the developers behind the Skytree are also looking to create the world's first space elevator…

For a Tokyo Skytree size comparison we can all relate to, look no further than this image found via Yaraon. 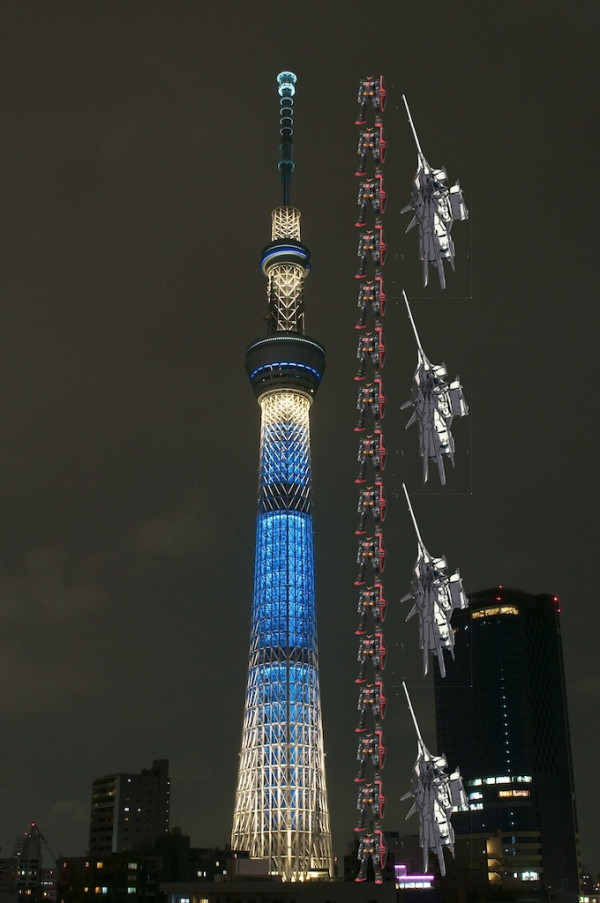 Skytree Town combines the colossal tower, an aquarium, a planetarium, and the Tokyo Solamachi complex, featuring 312 shops and restaurants. The Tobu Group and Sumida Ward are expecting grand financial results from the new tourist spot, projecting a total of ¥28.3 billion in sales and a ¥3.2 billion operating profit by the end of the fiscal year next March.

Only folks with advance reservations will be able to ascend the tower until July 10. After that, visitors will be able to purchase same-day tickets at the tower base's ticket office. Anyone plan on eventually taking the journey to the top of one of the world's tallest structures?

Via The Japan Times