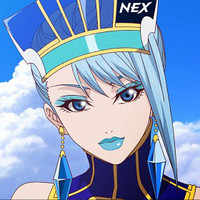 Give a big scream for the "Ladies" of Hero TV...

Patrick Seitz was previously revealed as the voice of Sky High/Keith Goodman. Travis Willingham is the US voice of Antonio Lopez, AKA the Bull Tank of the West Coast, Rock Bison. Viz Media is expected to release the series during the 4th quarter of the year, but has yet to confirm release dates.

Anyone have any guesses on who could voice the titular Heroes and the rest of the crew?