Three styles of shirts, featuring Hello Kitty crossed with Rei and Asuka, are being offered in black and white 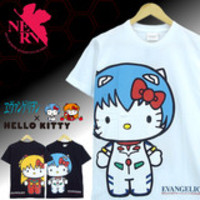 Proving that no AT field could hold them apart, two merch megapowers have teamed up. Rakuten, who previously worked with Sanrio of the life sized Hello Kitty cake is now offering Hello Kitty x Eva t-shirts.

Three styles of shirts, featuring Hello Kitty crossed with Evangelion's Rei and Asuka, are being offered in black and white. 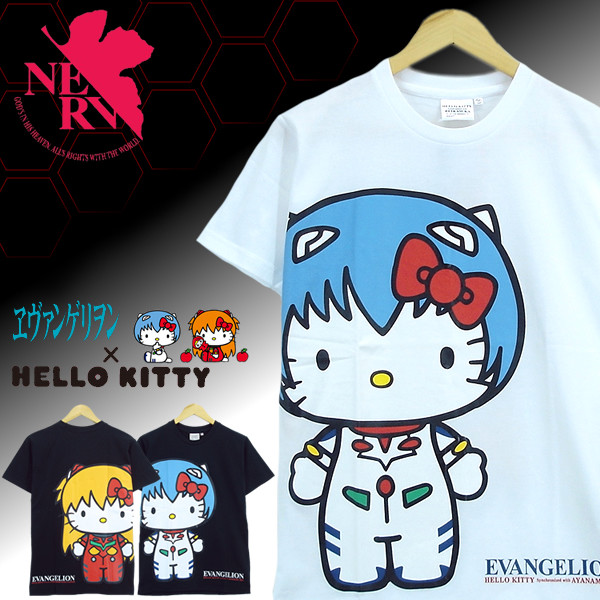 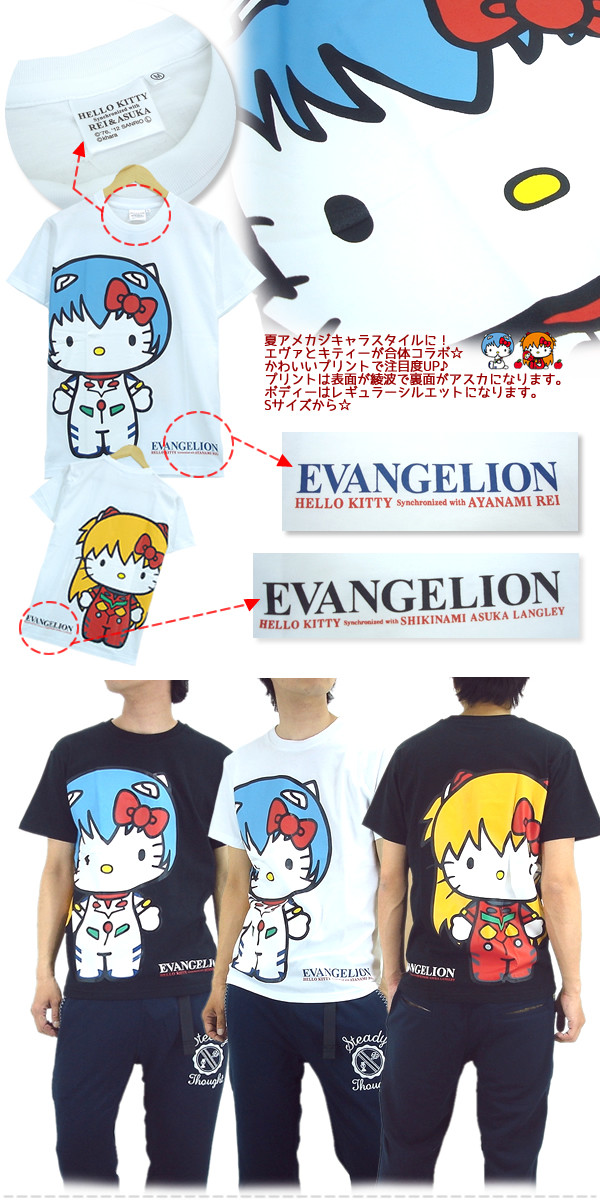 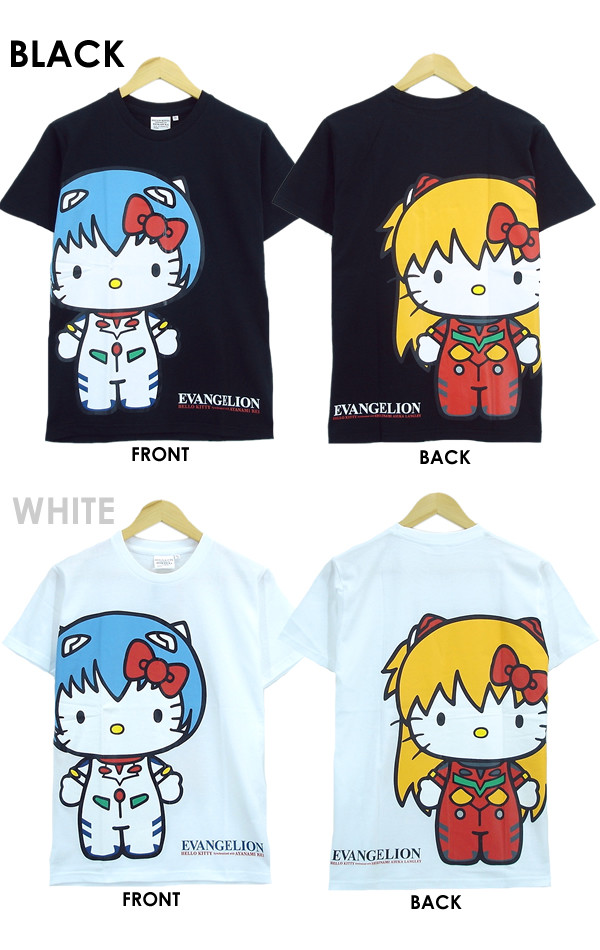 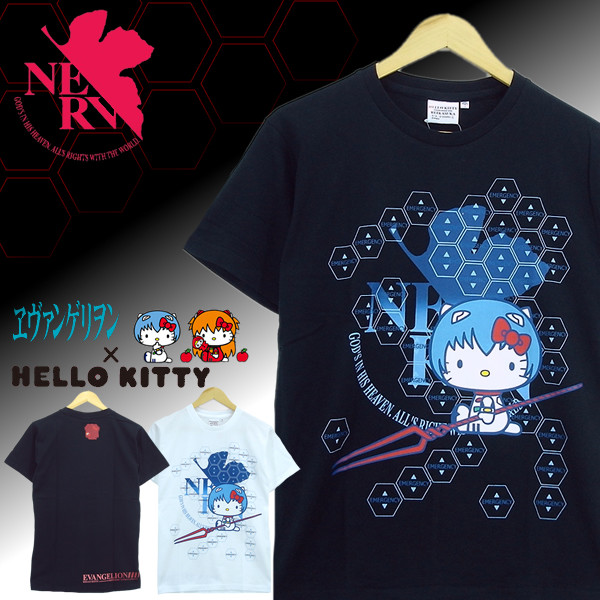 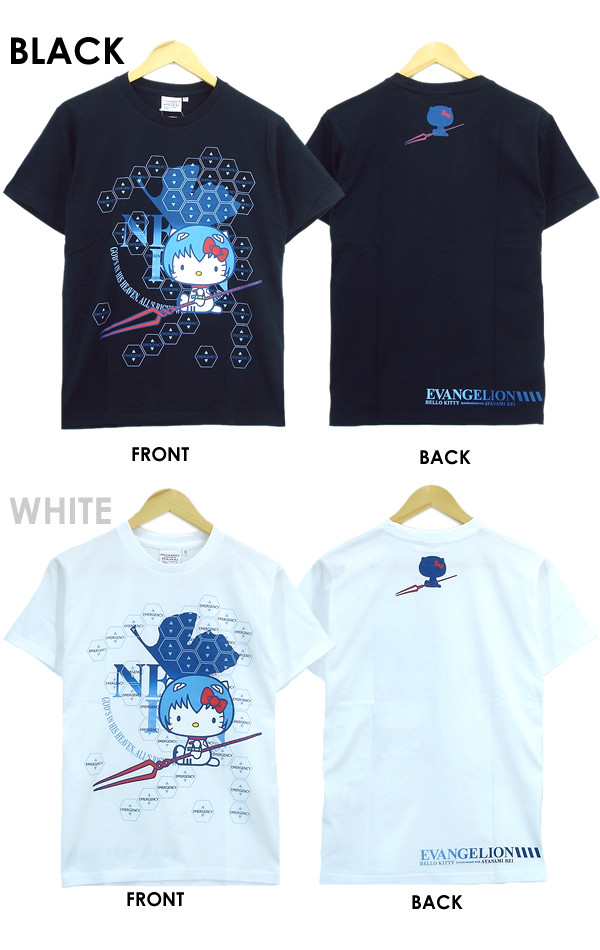 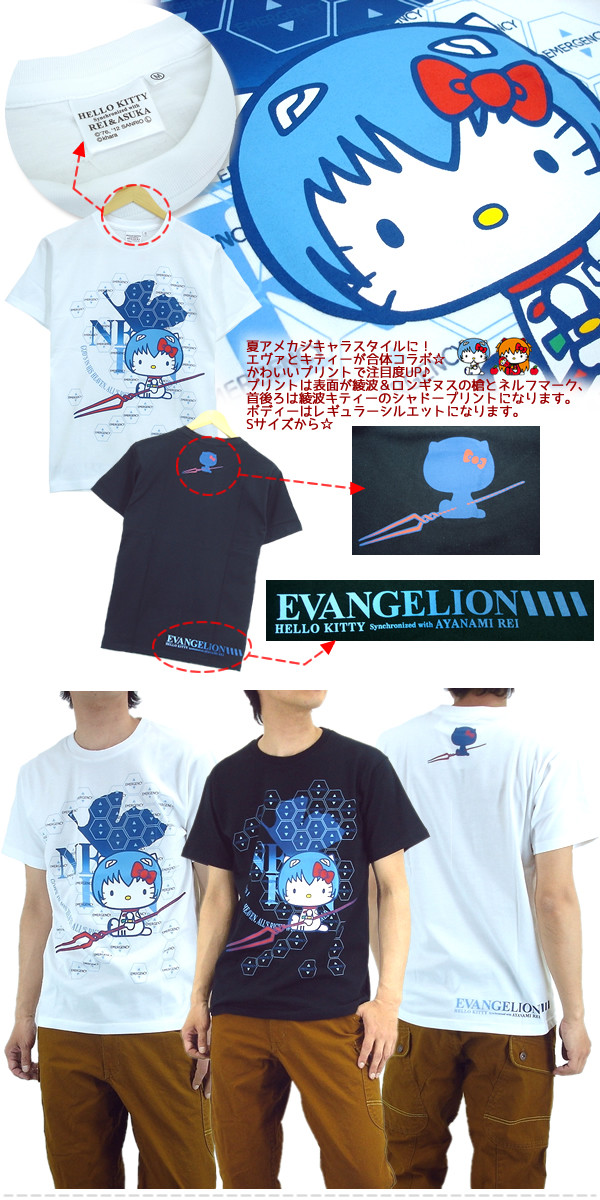 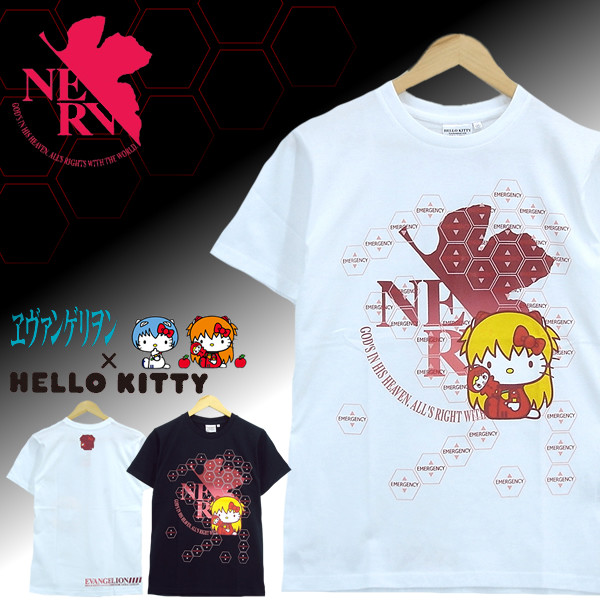 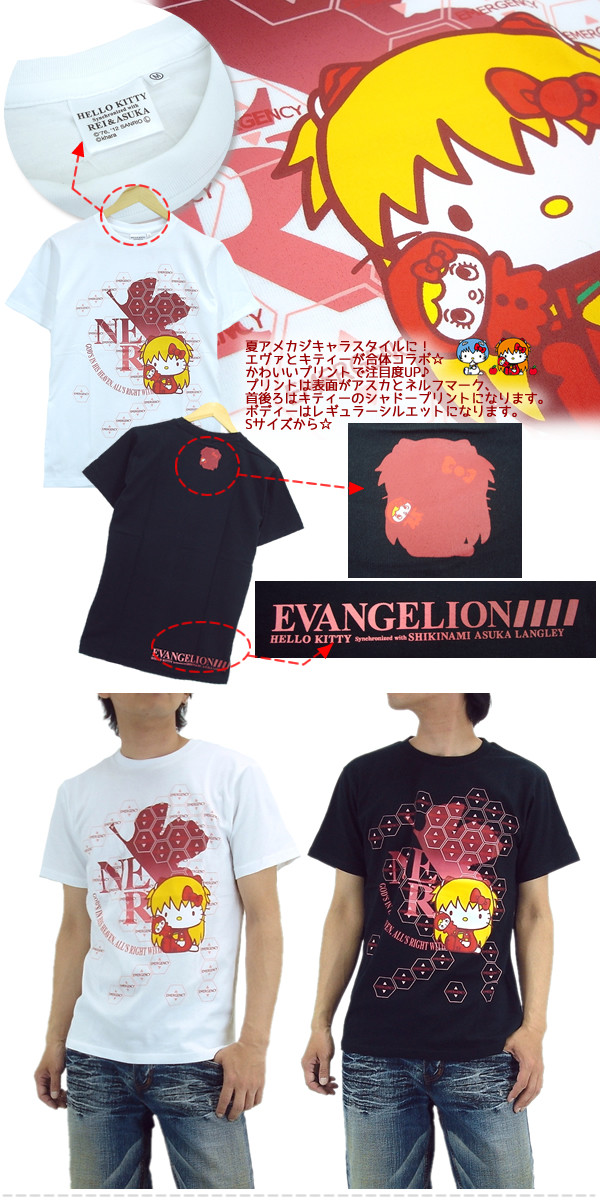