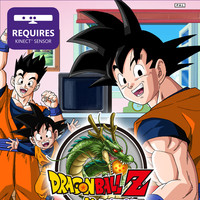 Namco Bandai has posted a new preview of Dragon Ball Z for Kinect, showing how Saiyan you'll look tossing kamehamehas from your couch and promoting its QR code features. In the game, you can collect over 20 QR codes (those square boxes with the scannable patterns) to unlock special features and characters.

Dragon Ball Z for Kinect will be available on October 2012 on Xbox 360.