3.3 meter weapon took a master swordsmith 6 months and 20 swords worth of steel to make 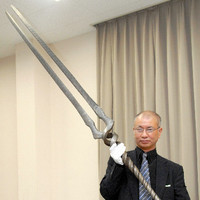 Earlier this month, we carried the news that, from July 14 to September 17, the Bizen Osafune Japanese Sword Museum in Setouchi will showcase swords made by craftsmen based on anime weapons. The centerpiece of this exhibit will be a three-meter-long, 30-kilogram recreation of Evangelion's Spear of Longinus. That work has now been unveiled.

While the anime's weapon measured 70 meters, the reproduction is smaller but still a hefty 3.3 meter. The weapon took a master swordsmith 6 months and 20 swords worth of steel to make.

The exhibition will also feature the work of 50 craftspeople from across the country, with 18 other swords being produced. 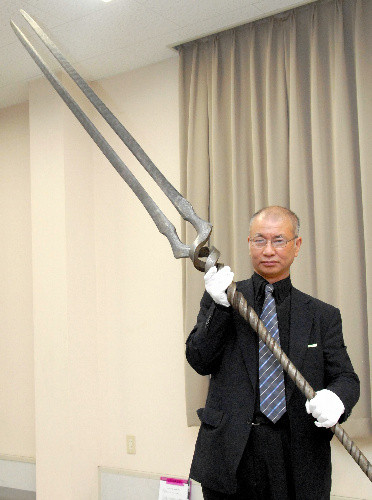 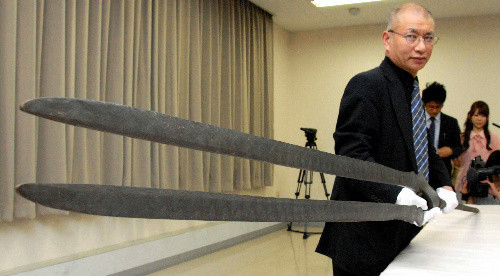 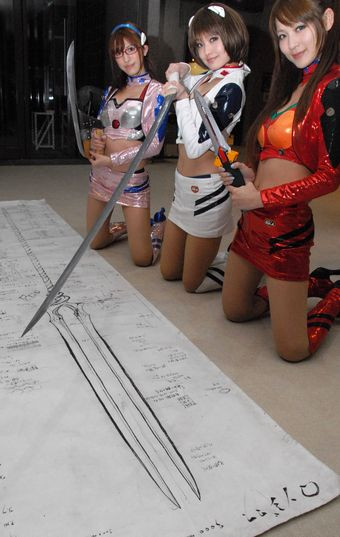 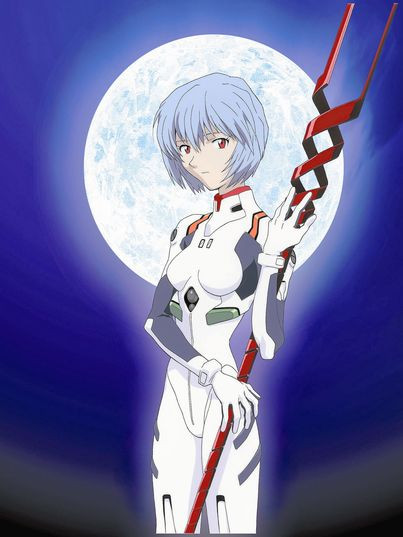 via Art of Swords and Asashi