GKids to Distribute Studio Ghibli's "From Up On Poppy Hill" Film 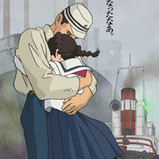 Gkids will screen the movie this year to qualify for 2013's Academy Awards before a larger March, 2013 release.

Variety explains that the movie is set in 1963 Yokohama, and follows a pair of high school students who are battling the demolition of a historic building as they deal with their own families' past secrets.

This is the first release of a first-run Studio Ghibli film from GKids, who have been touring a 13-movie Ghibli retrospective across North America. It constitutes a break from the previous run of Disney-distributed Ghibli movies.

(the movie's French trailer was more interesting than the Japanese ones)