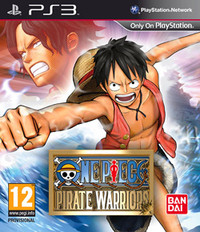 In time for E3, Namco Bandai has posted a "One Crew, Countless Adventures!" trailer for the North American and European release of One Piece: Pirate Warriors. The Tecmo Koei Musou/Warriors style crowd brawling action game, with the Straw Hat Pirates versus their many enemies, is due in November.

Dive into the ONE PIECE universe filled with beloved characters, powerful enemies, touching moments and memorable scenes. Fight your way through hordes of pirate and Marine enemies -including awesome bosses- and experience all the great moments from the anime right up to Marineford!

One Piece: Pirate Warriors will be available on Playstation 3 only in 2012.

Capcom at E3: "Don't Hold Your Breath" for Future "Capcom vs. SNK"