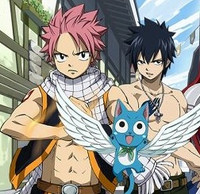 Visual kei rock band HERO is next in line to handle the opening theme for Fairy Tail. Starting July 7, the group's "Te no Hira" will officially kick off the show. HERO will also be releasing the song as a single on August 15.

HERO vocalist Jin had the following to say about their contribution to the adaptation of Hiro Mashima's hit shonen manga: "We're nervous that a lot of people will be hearing our song from now on. We made it with all the strength we had, so please listen to it." 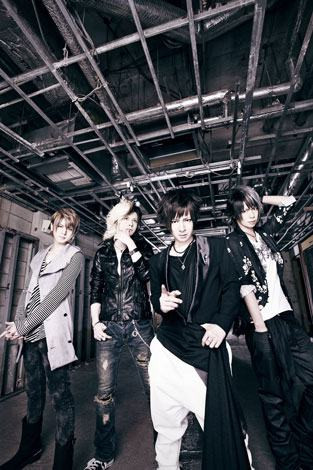 Jin also commented on previous aspirations to provide the theme song to an anime series: "When I started chasing after my dream of being in a band, I was talking with my friends and told them, 'In the future I'd love to do a theme song for an anime.' My dream's finally come true!"

The band's music has been featured previously in a Fairy Tail episode's ending scene.