VIDEO: Soak in the XBLA Summer of Arcade 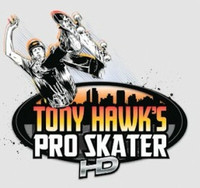 Each year Xbox Live Arcade has a "Summer of Arcade" special that features a set of major releases spread out over a few weeks. This year the five featured downloadable games are Deadlight, Hybrid, Dust: An Elysian Tail, Wreckateer, and Tony Hawk's Pro Skater HD. Check out the video roundup below.

Release dates and pricing have yet to be announced, but pick up all five and Microsoft will hook you up with a bonus 400 MS Points ($5). Here's the lowdown on each via Major Nelson's blog:

Any of these titles strike your fancy?