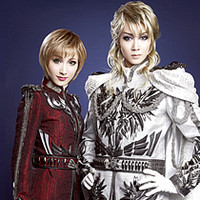 Legendary all-female performance troupe Takarazuka Revue famously looks to a broad range of source material for their musicals, from Faust and West Side Story to Phoenix Wright and Ocean's 11. This fall's ambitious adaptation is Legend of the Galactic Heroes, a set of novels and gigantic work of anime (110 OVA episodes, plus 52 side-story OVA episodes) telling a sci-fi war based on 19th century Prussian conflicts.

All-female musical theater troupe Takarazuka Revue has a long standing relation with pop culture. Established in 1913, it inspired manga and anime creators from Osamu Tezuka down to the present day. If you've seen Ouran Highschool Host Club, the Zuka Club is a spoof.

There will actually be two versions of Legend of the Galactic Heroes in theaters, with the next chapter of a sprawling stage play adaptation scheduled for August.

Celebrate Norio Wakamoto’s Birthday by Learning About the Man Behind the Iconic Voice!