Evangelion World Stamp Rally 2012 to be Held in 4 Countries

France, USA, China, and Japan from July to November 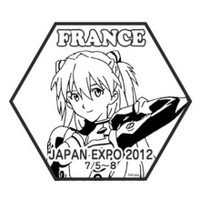 The official site for the third installment of the Rebuild of Evangelion movie series, Evangelion: 3.0 You Can (Not) Redo, announced today that they will launch a world-wide event "Evangelion World Stamp Rally 2012" in four countries from July to November this year. The cities are Paris (France), San Francisco (USA), Beijing (China), and Tokyo (Japan).

You can get stamps of Shinji Ikari, Rei Ayanami, Asuka Langley Shikinami, and Mari Illustrious Makinami at each city. The people who successfully collect all of the stamps will receive a sticker set featuring the key visuals of the events and special illustrations. You will need your passport to prove that you actually visit the four countries by yourself. The Eva-fans in the world, let's try!

at "THE EVANGELION POP UP MUSEUM" in NEW PEOPLE 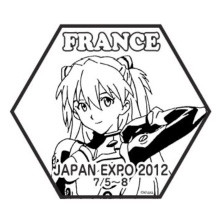