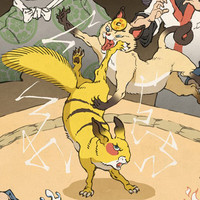 Ukiyo-e is a form of wood block printing, mostly mass produced between 17th and the 20th centuries. They became a considerable, highly influential sensation when Japan was opening to the West. The proto-Jpop phenomenon, in other words. This spring, Ukiyo-e Heroes has been developing prints based on some of video games' most beloved characters.

The newly debuted print is Pokémon. See it, and a gallery of mostly Nintendo (with a bit of Capcom and Konami for good measure) based designs below. 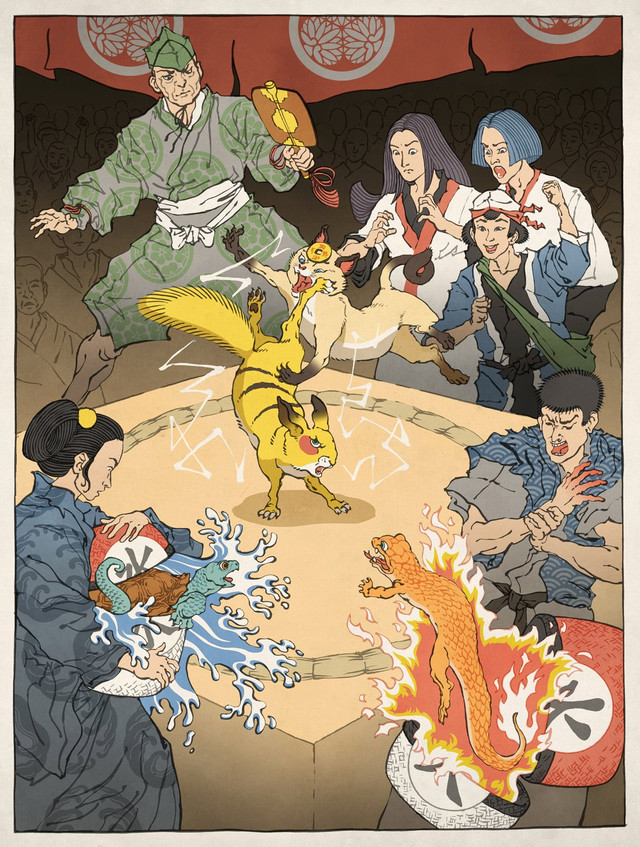 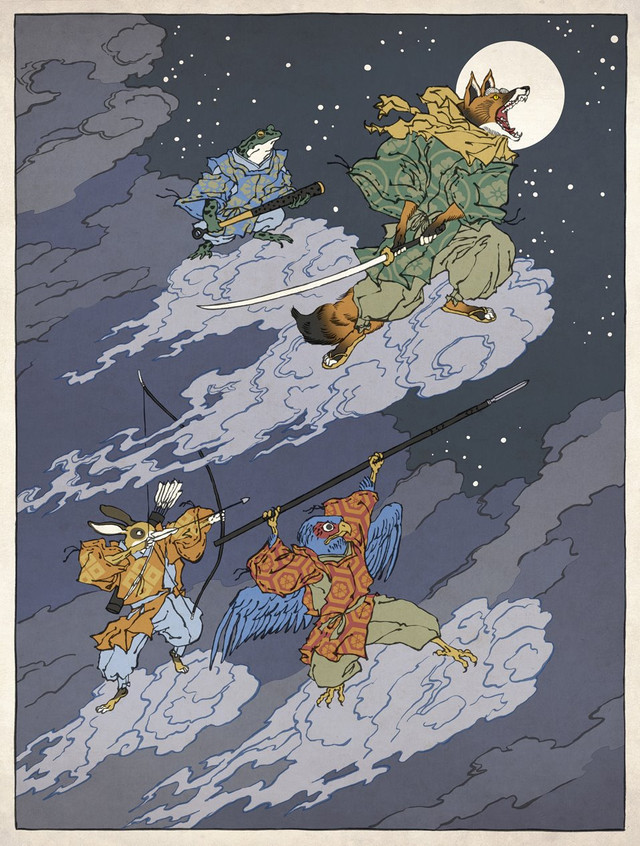 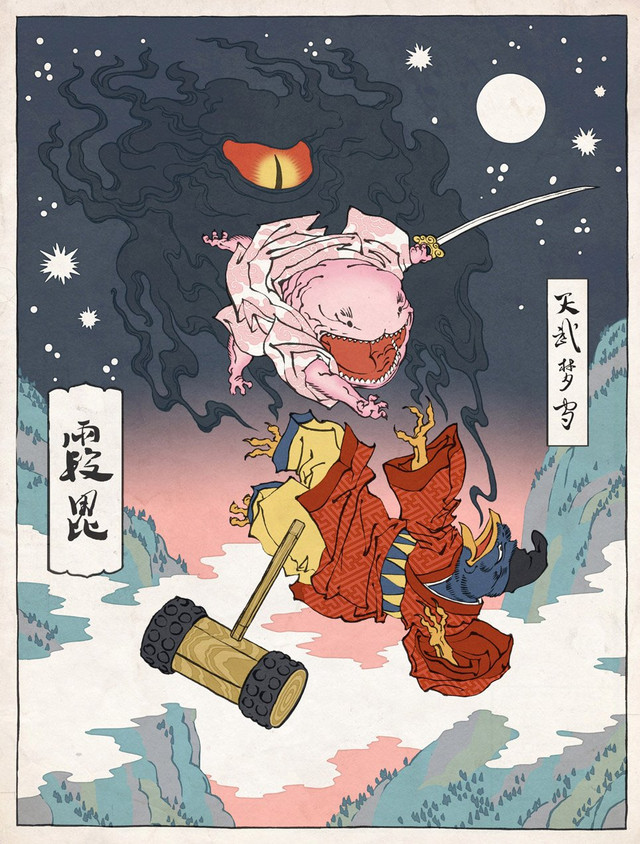 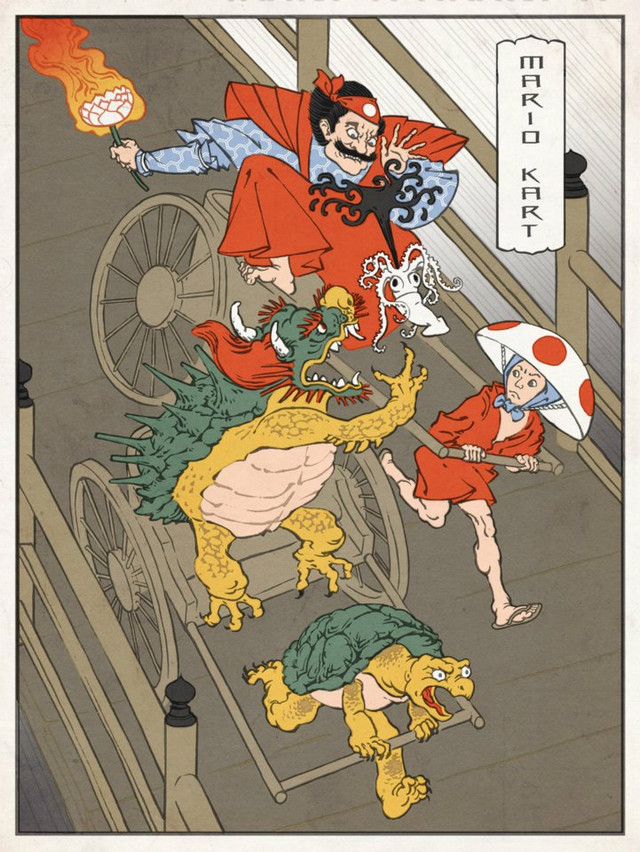 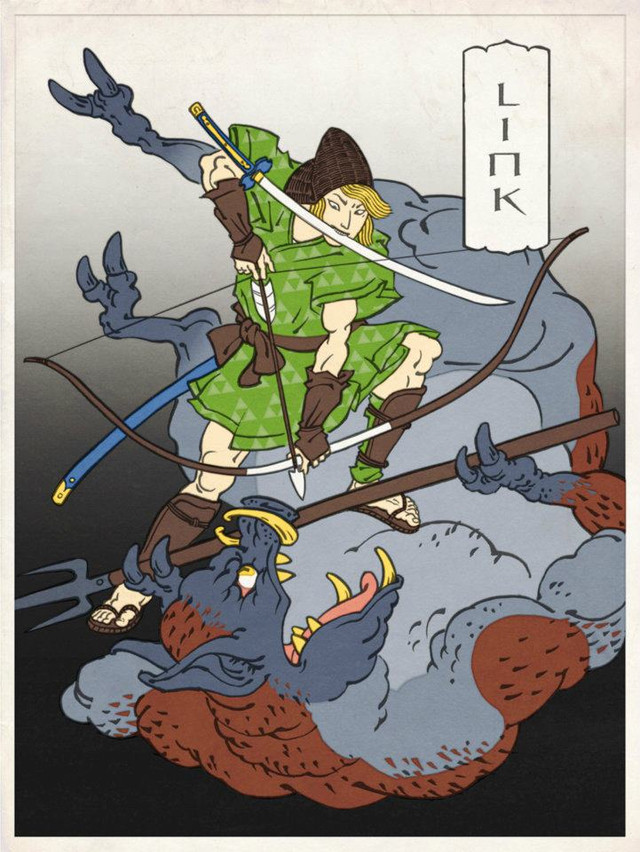 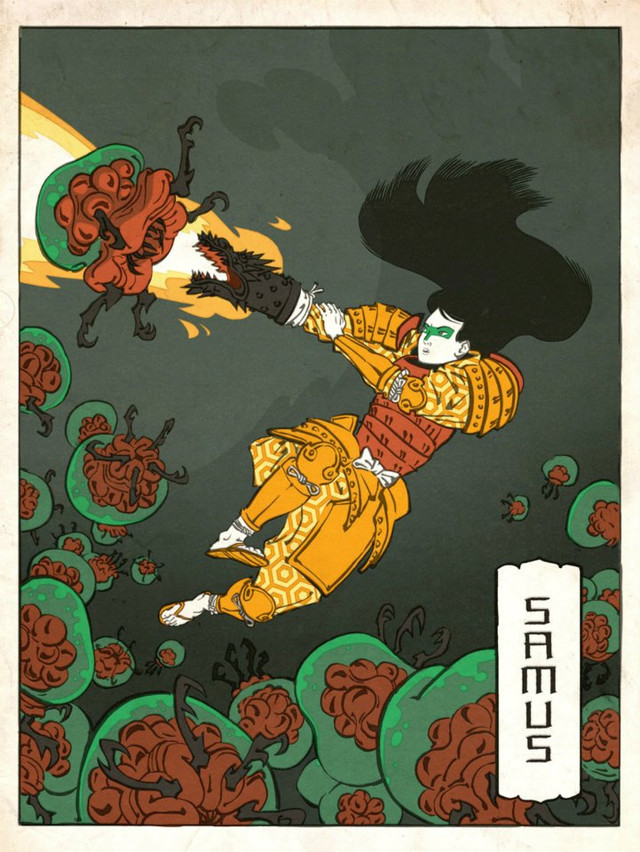 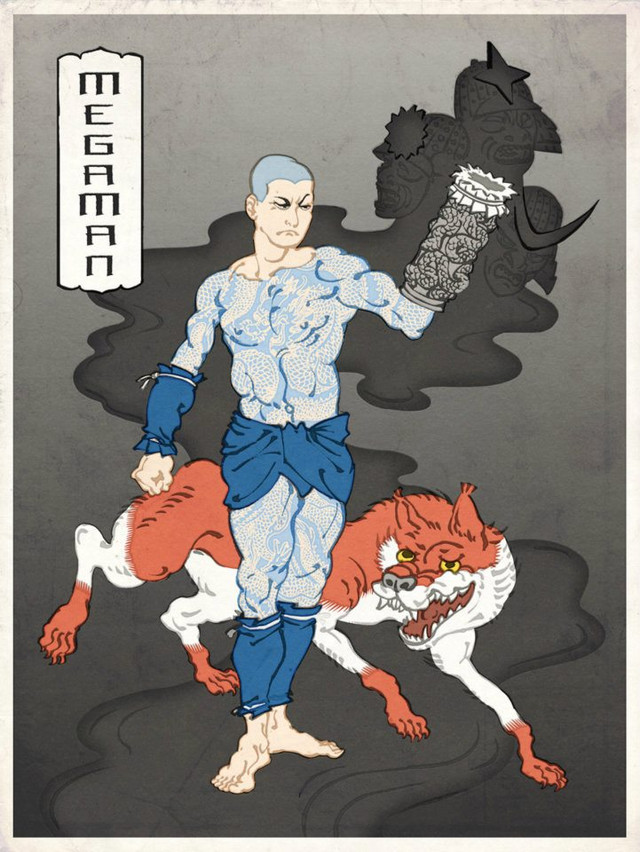 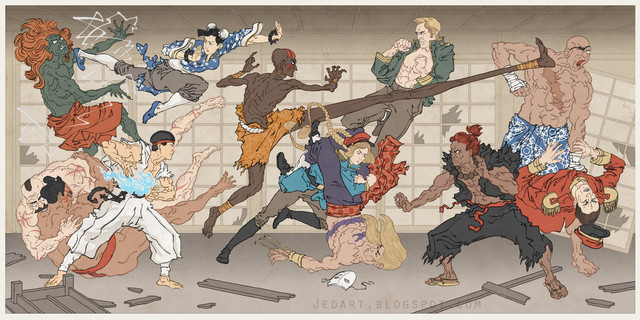 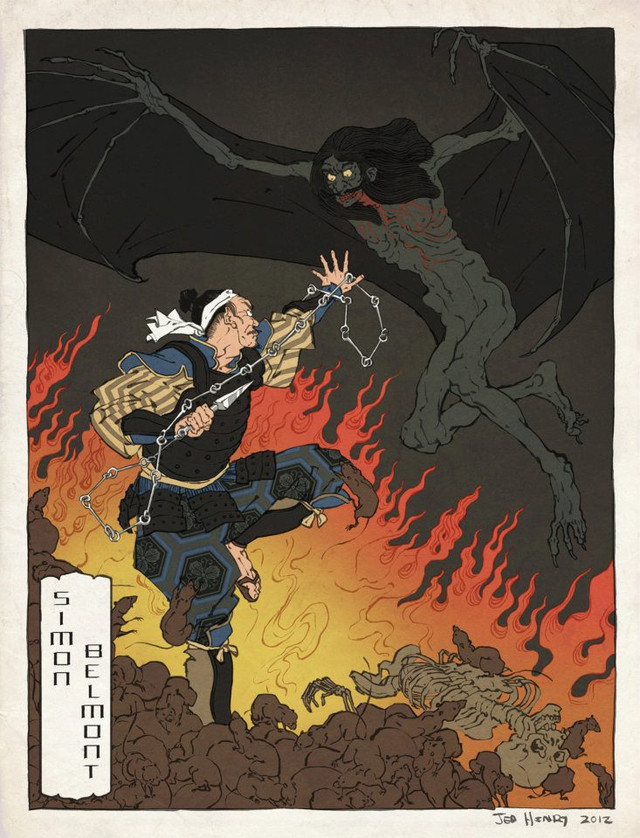