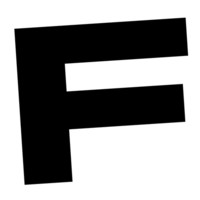 Funimation has gone mad with its latest slate of aqcuisitions and has announced them during its Industry panel at Anime Expo earlier this evening and they can be found below:

FUNimation Entertainment announced today at Anime Expo they have acquired the broadcast, home entertainment, streaming, and mobile rights to the complete anime series, Aria the Scarlet Ammo.  The series is directed by Takashi Watanabe, best known for directing Ikki Tousen, Shakugan no Shana, and Slayers Revolution.

Series synopsis:
Kinji is a junior at a high school for mercenaries. He just wants to be normal, but his secret condition—he turns into an ace killer when he’s turned on by the female form—triggers a fiery transfer student’s unrelenting desire to make him her partner.  Additional information may be found at:  http://www.funimation.com/aria-the-scarlet-ammo

They have also acquired the broadcast, home entertainment, and mobile rights to the complete anime series, Jormungand. The series is directed by Keitaro Motonaga, best known for directing Katanagatari, Getbackers and School Days.

Series synopsis:
A ruthless arms dealer on a quixotic quest for world peace. A child soldier born into chaotic conflict. Their lives will intertwine as they journey together through the seedy underbelly of the world's arms market.  Additional information may be found at:  http://www.funimation.com/jormungand

FUNimation has acquired the broadcast, home entertainment, streaming and mobile rights to the complete anime series, Blood-C, as well as the movie Blood-C: The Last Dark. Production I.G and CLAMP co-produced the project directed by Tsutomu Mizushima, best known for directing Big Windup! and Squid Girl.

Series synopsis:
Saya Kisaragi is a clumsy girl with a secret. She attends school, goes to the café with her friends and is always in a rush during the day. At night she becomes a hunter, protecting her town from monsters. As she battles these monsters she finds herself faced with uncertainty regarding her identity and purpose. In order to protect her friends Saya must become stronger or else face turning into a monster herself.  Additional information can be found at http://www.funimation.com/blood-c

In addition, broadcast, home entertainment, streaming and mobile rights have been acquired to the complete anime series, Michiko & Hatchin.  The series is produced by studio Manglobe and directed by Sayo Yamamoto, best known for her storyboard work on Death Note, Gunslinger Girl and Eureka 7.


Series synopsis:
After escaping from prison, the sexy criminal Michiko rescues an abused girl known as Hatchin. The two are about as opposite as they come, but their fates become intertwined through the connection of a man from both their pasts.  On the run from the police and Hatchin’s abusive foster parents, the unlikely duo set out to find this man and ultimately discover their freedom.  Additional information can be found at http://www.funimation.com/michiko-hatchin

Series synopsis:
After facing massive destruction from a devastating war, the city Olympus has become the last stronghold as the center of command for the world. In order to protect the city from a group of terrorists known as the Argonauts, former LAPD SWAT member, Deunan Knotts, runs special military forces consisting of Biroids (cloned humans) and her cyborg partner Brialeos. Knotts must protect the city at all costs but is met with difficulties when Al Ceides, the Argonaut leader thought to be dead, resurfaces and causes problems.  Additional information can be found at http://funimation.com/appleseed-xiii

Fans of the popular series, Ikki Tousen, will be pleased to know that FUNimation has acquired the broadcast, home entertainment, streaming, and mobile rights for the third and fourth seasons: Ikki Tousen – Great Guardians and Ikki Tousen – Xtreme Xecutor.

Hakufu’s dreams of participating in new fights and tournaments are put on hold as new obstacles block her path. Her friends have lost faith in her, new enemies appear, and a younger sister she never knew existed suddenly shows up on her doorstep.  If Hakufu ever hopes to compete worldwide, she’s going to have to deal with her issues at home first.

Ikki Tousen – Xtreme Xecutor synopsis:
Life gets crazy for Hakufu when she takes on a pupil that acts just like her! A tournament between the school heads start, but due to Hakufu’s negligence, her pupil ends up taking her place. The tournament isn’t what it seems, and the girls find themselves in the middle of a plot to take over the clans.   Additional information can be found at http://funimation.com/ikki-tousen

Two new simulcasts have also been added.  FUNimation has acquired the simulcast rights for Binbougami ga! and Aesthetica of a Rogue Hero.

Binbougami ga! series synopsis:
At the expense of the people and things around her, Sakura has absorbed so much “happiness energy” that she has caused an energy imbalance in the world. In order to return balance to the world, the Poverty God, Momiji, sets out to take away Sakura’s ability to absorb this energy. Will Momiji be able to put a stop to Sakura’s absorbing abilities, or will the God succumb to her happiness?  Additional information can be found at http://www.funimation.com/binbougami-ga

Aesthetica of a Rogue Hero series synopsis:
Hero defeats bad guy. Good triumphs over evil. The end. Or, at least that's how it usually goes.  But what happens after the hero goes home?  Our hero, Ohtorizawa Akatsuki, is about to find out that sometimes the greatest adventure starts once happily ever after ends.  Additional information can be found at http://www.funimation.com/aesthetica-of-a-rogue-hero

And finally broadcast, home entertainment, and theatrical rights have been acquired to the complete anime series, Eureka 7: Astral Ocean.  The series is a sequel to Eureka 7 and is created by Bones, best known for producing Wolf’s Rain, Soul Eater, Darker than Black and several other acclaimed series.

Series synopsis:
The story is set on Okinawa's isolated island of Iwado, which has seen a growing movement advocating a return to an autonomous government. Ao Fukai, a 13-year-old boy with a missing father, lives on the island with an old doctor named Toshio and is about to enter middle school. Ao's mother was taken away a decade ago by unknown individuals. Naru Arata, Ao's 13-year-old childhood friend and the story's heroine, lives with her father, older sister, and grandmother. She has a "Yuta" power awakened within her due to an incident when she was young. A mysterious entity called "Secret" suddenly appears and launches an attack on the Scub Coral lifeform on the island. Ao launches a certain military FP called "Nirvash" aboard a Japanese military transport in his fervent desire to protect the island. Additional information can be found at http://www.funimation.com/eureka-seven-astral-ocean