VIDEO: An Early Look at the "Tiger & Bunny" English Dub

Viz plans to release the series on DVD in early 2013 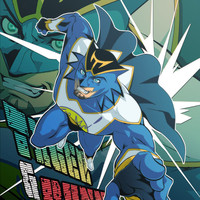 Didn't make to it to Viz's presentation at Anime Expo? Well, good news Tiger & Bunny fans, a sample of the heroes of Sternbild City speaking English has made it online.

Viz plans to release the series on DVD in early 2013

Do you think that the new voices fit the characters?