13 show engagement will run between August 30th and September 9th 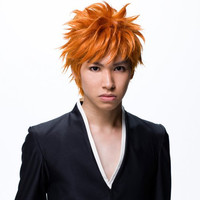 Bleach will be returning to the theater late this summer in Bleach Rock Musical Reprise, an update on the 2011 version of the action manga's stage adaptation with Oyama Masashi, previously seen in the Prince of Tennis musical, joining the cast in the role of Kisuke Urahara and Tsuda Eisuke as the new Jūshirō Ukitake.

A 13 show engagement is planned for Shinagawa Stellar Ball between August 30th and September 9th. A brief new preview from Shueisha's Youtube channel offers a look at what to expect.