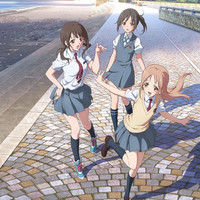 We're only three episodes into P.A. Works' (Angel Beats!, Another) Tari Tari and already fans are mapping spots depicted in the anime to their real Enoshima locations in anticipation of otaku pilgrimages.

A new Google Map project has 25 locations flagged, from the station in the opening to episode landmarks like the clock tower and florist.