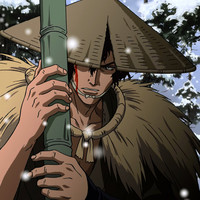 When Ninja Scroll director Yoshiaki Kawajiri visited Sakura-Con, he told fans of the hit anime bloodbath that he planned a feature sequel and even produced a sizzle reel to attract investors. The feature was never funded or produced, but with the new Blu-ray of the original out in Japan (with English subtitles and audio), you can see the preview of the unfinished Ninja Scroll Burst.