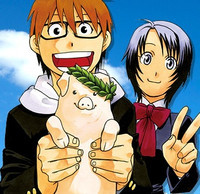 In her follow-up to mega-hit Fullmetal Alchemist, manga author Hiromu Arakawa drew on her upbringing as a Hokkaido farmer to write Silver Spoon, the story of bright student Yugo Hachiken who schemes to get away from his family by enrolling in an agricultural school that requires students to reside in its dorms, only to find it more work than he had envisioned.

As ulikely as it might sound, the manga has been a smash hit, winning this year's Manga Taishō award and warranting million copy print runs.

To promote the release of volume four, a series of ads re-create a day in the life at the school. 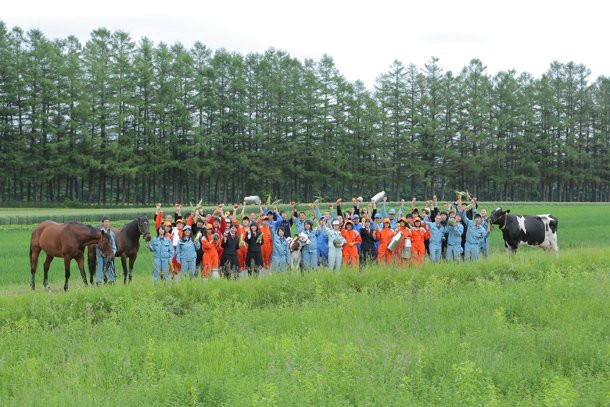 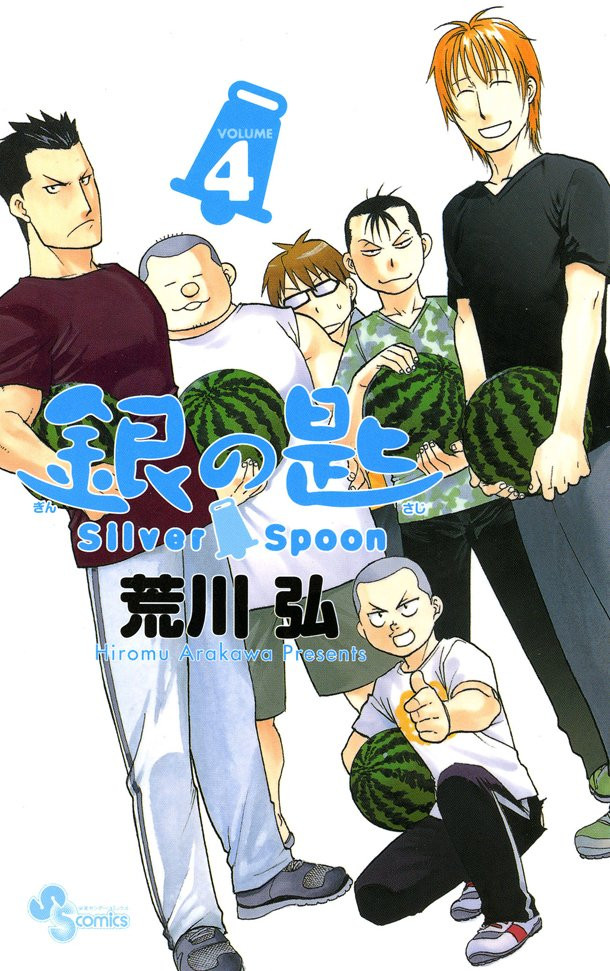 Also, to co-promte Silver Spoon and the new volume of 13 of Rinne, Arakawa and legendary manga author Rumiko Takahashi did a conversation/interview to be printed in the new issue of Shonen Sunday. 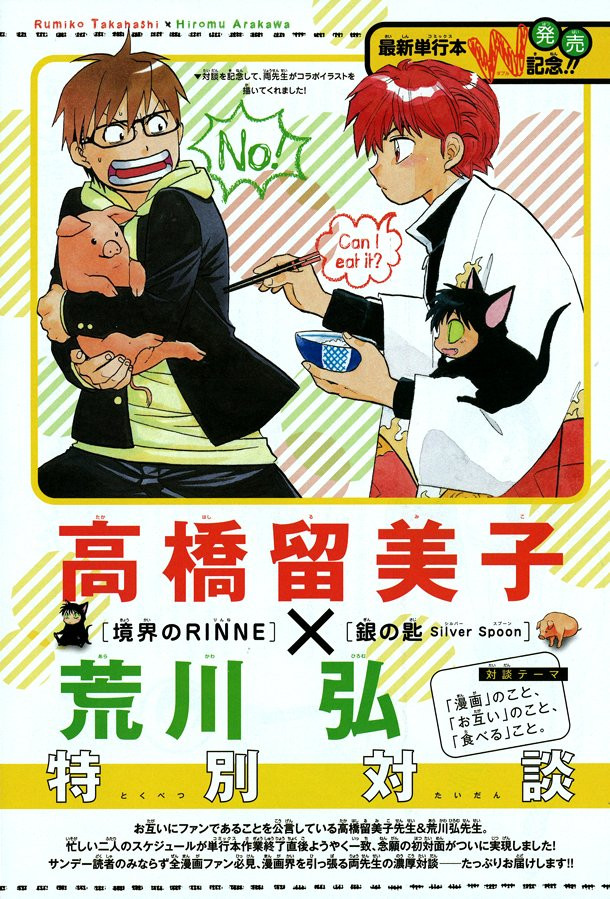