Built at a cost of over 10 billion yen 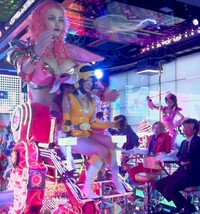 In order to operate a successful business in this overheated hothouse environment, you need a SERIOUS GIMMICK to help separate yourself from the competition. Enter the latest contender on the block: the Shinjuku Kabukicho Robot Restaurant... 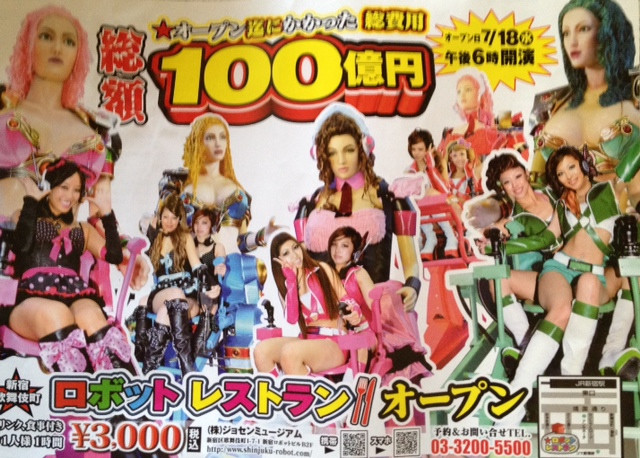 Built at a cost of 10 billion yen (they say...), the Robot Restaurant combines garish lighting, with female robots and flesh & blood cabaret girls for a hallucinatory experience that will hopefully do for the jaded, thrill-seeking salarymen of Japan what “Chuck E. Cheese” does for little kids. 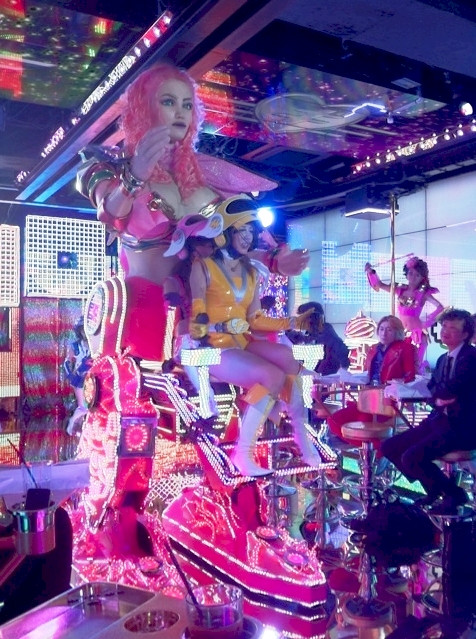 For an entrance fee of around US$37.00, patrons and stare slack-jawed as enormous Cutey Honey-esque robots roll around controlled by comely “pilots”. 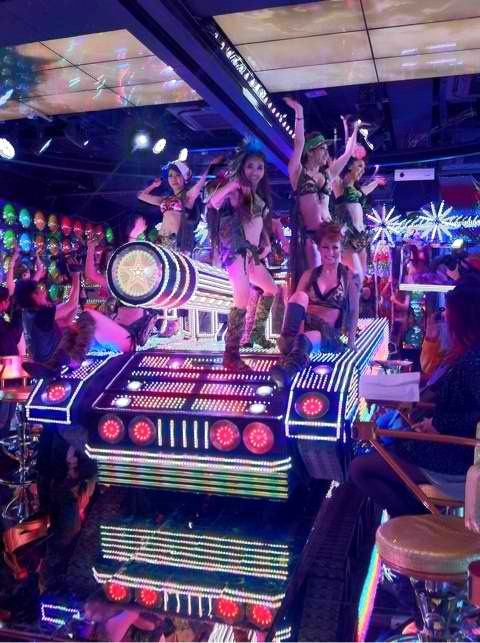 Army girls patrol the allies of smiles for enemy robots on armored vehicles that would shame anything in Disneyland’s Main Street Electrical Parade!

They also zip around through technicolor LED landscapes on actual motorbikes!

There's even musical shows and revues performed by the girls, including Japanese taiko drumming and a marching band!

And should any of this phantasmagorical spectacle fail to entertain, you can always lose your mind on cheap whiskey and chain smoke like a chimney while staring at the otherworldly décor! 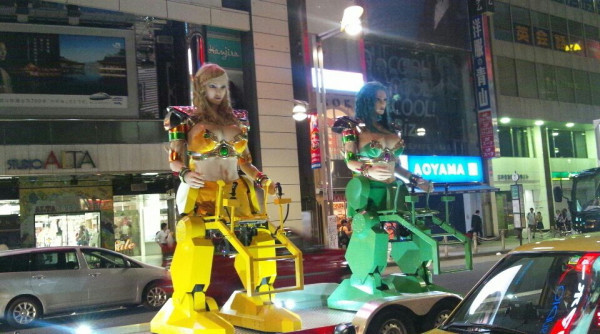 In truth, the joint is more like a kyabakura, or “cabaret club”, than an actual restaurant. Three measly food items in all are listed on the menu, a perfunctory measure probably because it's easier to get a license for food service than to apply for a “giant robots plus army girls and marching bands and motorcycles” license. Either way, here’s wishing the Shinjuku Kabukicho Robot Restaurant the very best of luck as it awkward rolls the human race one step closer to a well-deserved Robopocalypse.