One of the most successful Star Wars products strikes back 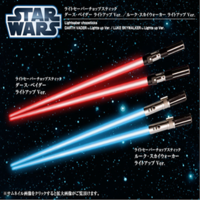 Kotobukiya, one of the most successful Sci-Fi model kit manufacturers in Japan, released three types of Star Wars Lightsaber Chopsticks (Darth Vader Red, Luke Skywalker Blue, and Yoda Green) in November 2009. The chopsticks have become their most popular products by selling more than 500,000 sets in total. But there was one problem. The blade part didn't shine like in the SW movies.

By popular demand, they finally release two "Lights up Ver." of the chopsticks with LED gimmick, which actually shine like the real ones in the movies. Both "Darth Vader Lights up Ver." and "Luke Skywalker Lights up Ver." will be released in Japan in November 2012, and probably will be available in the U.S. via Kotobukiya USA. The retail price is 1,575 yen (approximately US$20). Now you have no problem eating rice in the darkness! 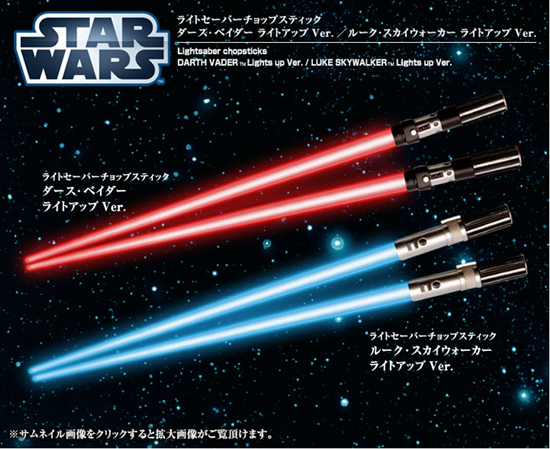 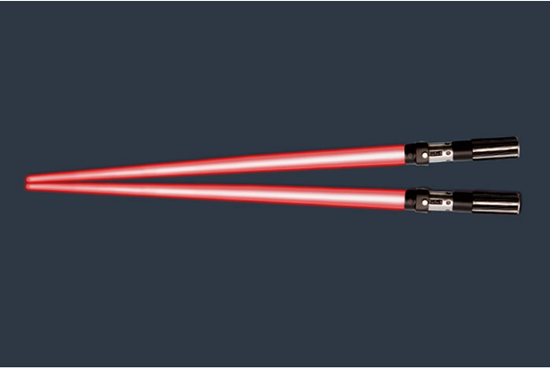 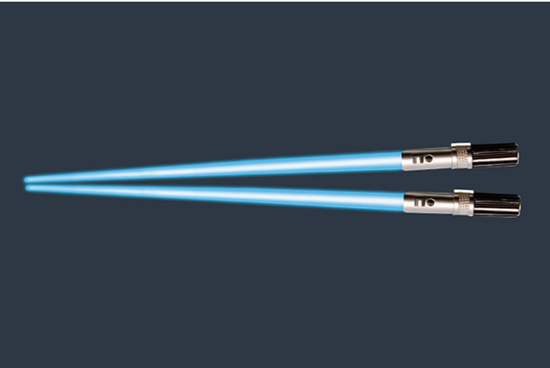 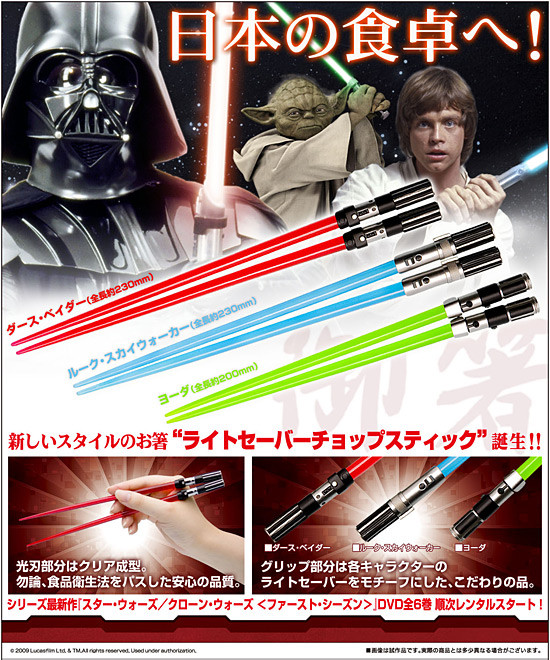