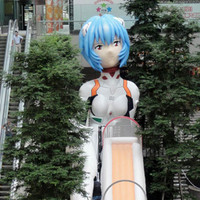 Tying into NTV's summer festival and the opening of a third branch of the Evangelion theme stores, the nightmare makers who want to remind us of the impending apocalypse have erected an 18.5 meter slide in the likeness of Rei in Shiodome, Tokyo.

That titan has now been installed at the site. 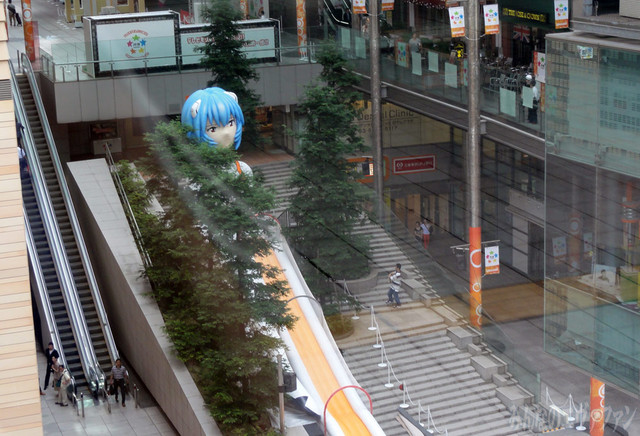 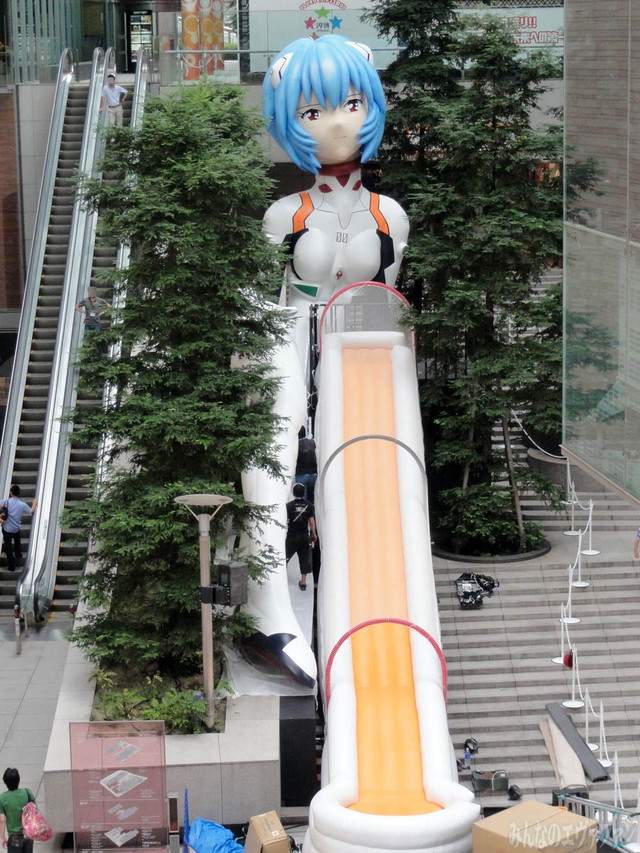 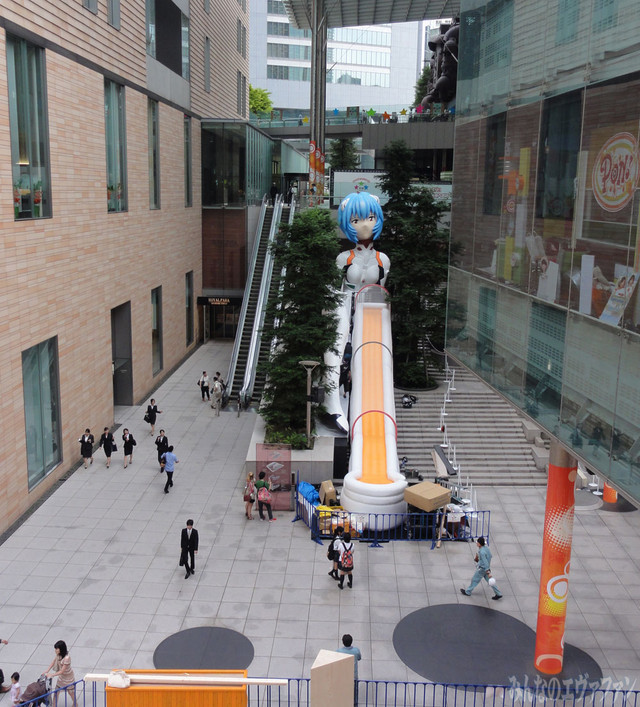 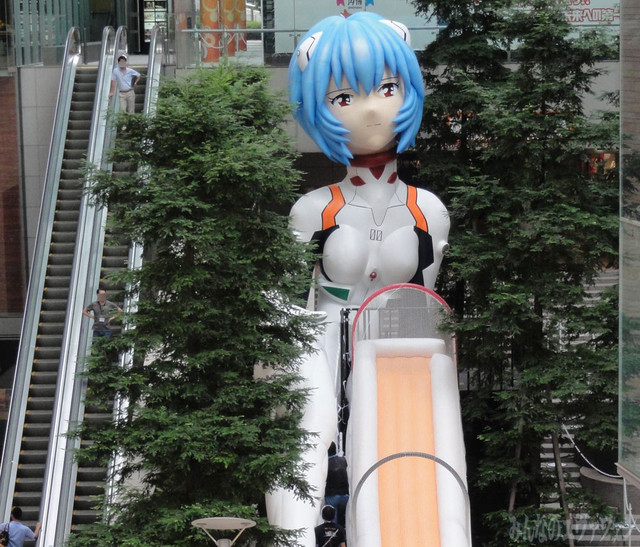 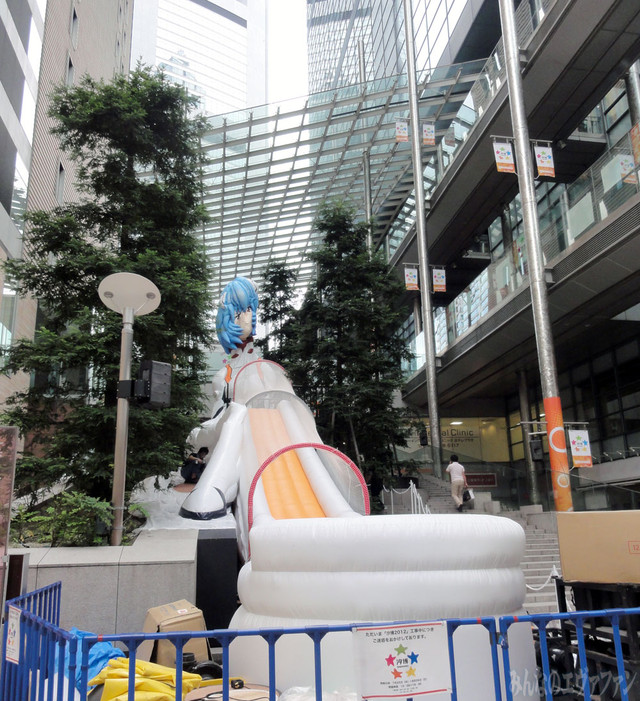 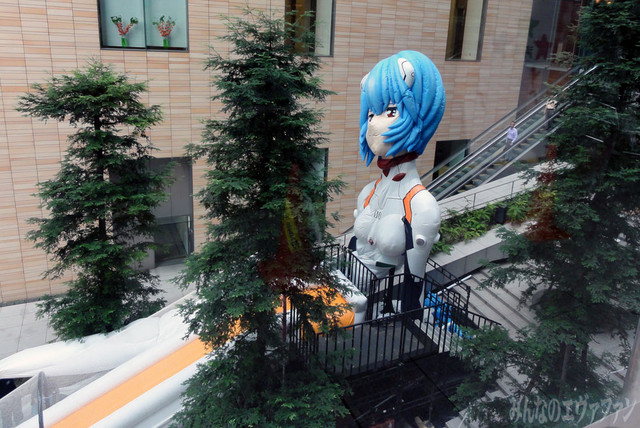 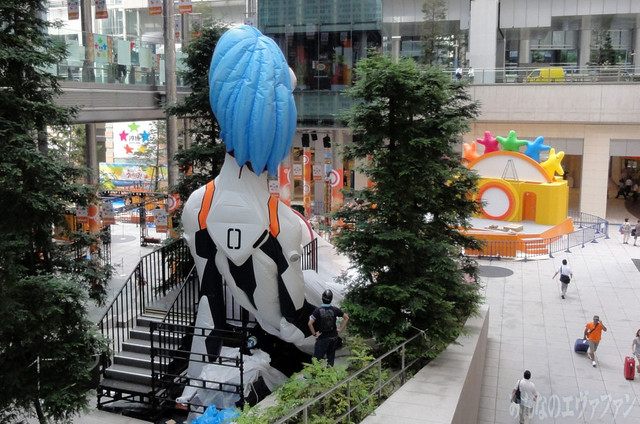 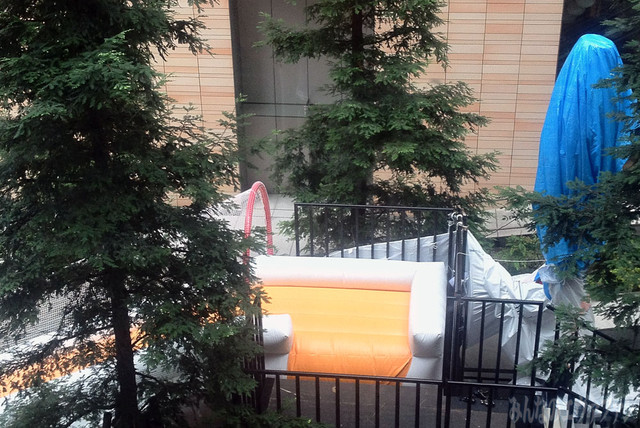 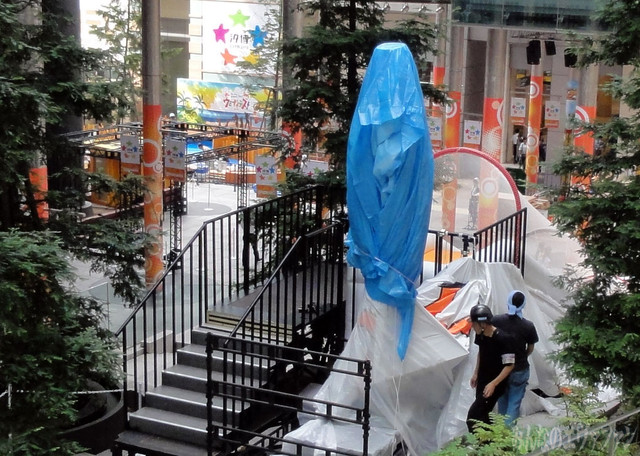 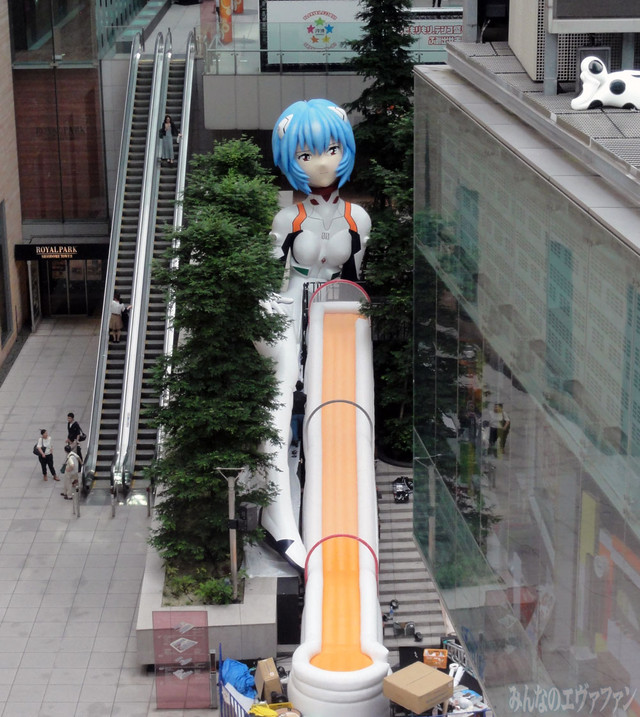 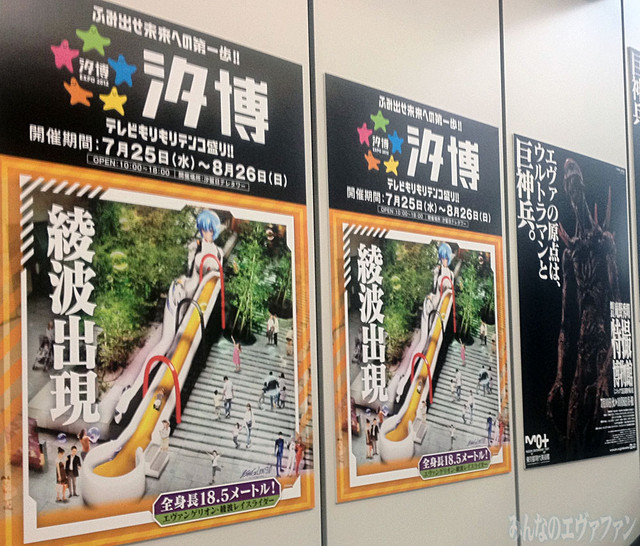 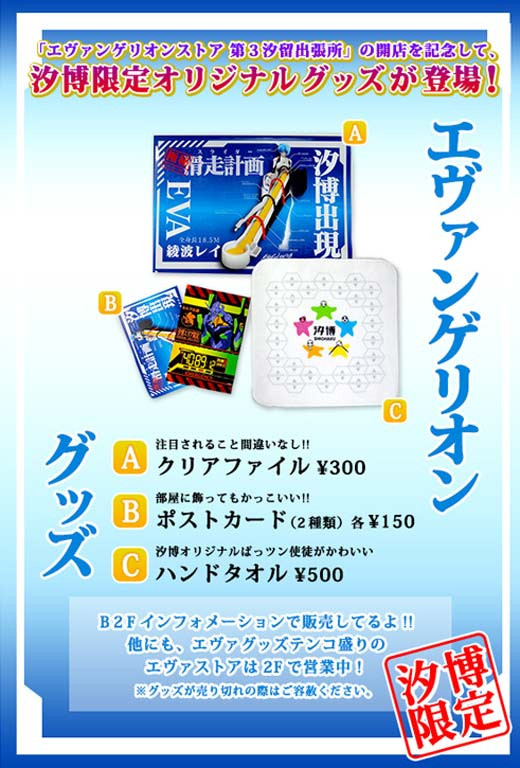