Tomokazu Sugita voices one of the "Xillia 2" returning characters 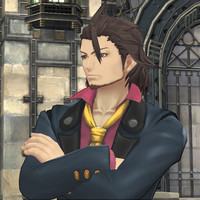 The Gintama anime might be over for the time being, but Gintoki voice actor Tomokazu Sugita is certainly keeping busy with game roles. He's the second banana in Sol Trigger and he's one of the returning characters in Tales of Xillia 2. See his character, Alvin, in action in a new character promo below.