"Lady Lady" debuts along with new volumes of "Chitose Get You!!" "Ninja Papa" and "Ekiben Hitoritabi" 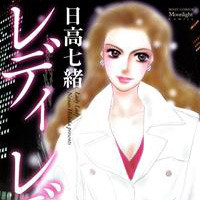 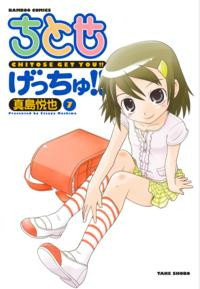 Chitose Get You!! Vol. 7
Created by Etsuya Mashima
Published by Takeshobo Co., Ltd.
Story
Chitose is an energetic yet slightly precocious elementary schooler. Chitose has the biggest crush on a guy she like to call “Onii-chan” who works at a town hall next to Chitose’s school. Poor Onii-chan gets hassled endlessly by Chitose. Will Onii-chan ever get a day of peace?!?! 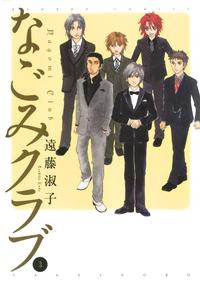 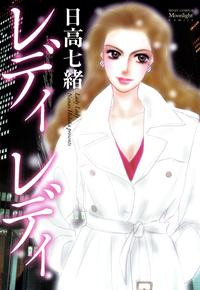 Lady Lady Vol. 1
Created by Nanao Hidaka
Published by Ohzora Publishing Co.
Story
Inspector Reiko Kujou is a problematic detective who gave up the big-city police work to be transferred to the Akasaka Police Department. She's got the face and figure of a model, a keen mind, and on top of that, is an ultra-rich detective from a well-established family! Obsessed with brand-name items, doing car chases in foreign cars; she'll be stopping evil in a magnificent way! And how will the romance turn out between her and the younger detective Sanada who longs for her!? An intense romantic-suspense from Nanao Hidaka! 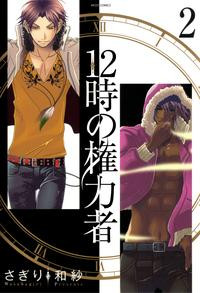 The Twelve Hour Ruler Vol. 2
Created by Wasa Sagiri
Published by Ohzora Publishing Co.
Story
One day, Koyuki, a girl who works at a tavern in the port city of Salim, is saved from the advances of a feudal lord by a pair of twin princes, the cool and collected older brother Eleven and the free-spirited younger brother Twelve. After they invite her to the palace, Koyuki begins to learn the truth and destiny of the Empire. A royal fantasy revolving around the myths of the desert empire Orchis!! 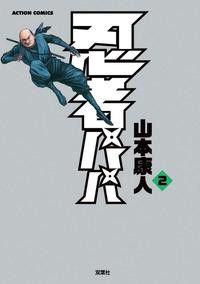 Nobuo Matsuri, heir to the Matsuri Shinobi clan, was raised as a living weapon, an instrument of death who lived and breathed the art of the blade...until the day he fell in love. Now, years later, he's an unattractive thirty-something salaryman, married with kids, bullied at work, and general all-around screw up. Even worse, his old clan regularly still sending assassins to kill him for forsaking the old ways - and his family for leading him astray. Luckily, he still has his ninja skills, and ninjutsu is the art of deception! 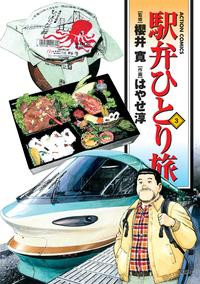 Ekiben Hitoritabi Vol. 3
Created by Kan Sakurai , Jun Hayase
Published by FUTABASHA PUBLISHERS LTD.
Story
Most people would be concerned about getting a ticket to go around the country by rail, alone, for their wedding anniversary, with their significant other calling it a special break from them - but not Daisuke Nakahara. For this thirty-five year old train and ekiben (train station box lunch) enthusiast, a trip around Japan - spotlighting each region's seasonal delicacies - is the present of his dreams, with each stop - and tasty titbit - telling a story about the region's food and its history. The first stop in his trip? Kyushu, by special express sleeper train! And from there, the track less travelled.

Tags
jmanga, lady lady, ninja papa, chitose get you!!
« Previous Post
Media Blasters Licenses "Ai no Kusabi" and "Aki Sora" Anime
Next Post »
"Borderlands" Creator: Game Developers Do Nothing But Steal
Other Top News
0 Comments
Be the first to comment!
Sort by: