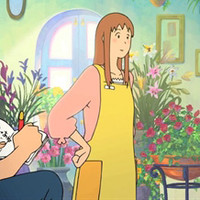 In a second behind the scenes video for PES (Peace Eco Smile), a fixed camera sped up movie affords a look at how the background art was created for the Toyota/Studio 4℃ anime collaboration. See art director Toru Hishiyama at work below.

Hishiyama was also art director on the recent Studio 4℃ produced Thundercats and a background artist on the legendary Little Nemo: Adventures in Slumberland, which at times had Hayao Miyazaki, Isao Takahata, Jean "Moebius" Giraud and Ray Bradbury on board.