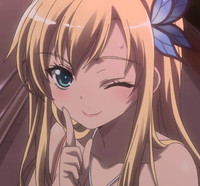 The official Twitter account for the Boku wa Tomodachi Ga Sukunai anime adaptation, better known and loved by the shorthand title Haganai has confirmed that a second season of the anime has been confirmed and will enter production soon. 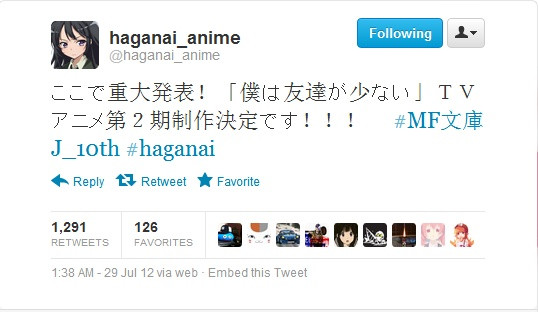 The confirmation came during the Media Factory Bunko J 10th anniversary event being held simultaneously with this weekend's Wonder Festival. The first season of the anime adaptation aired last Fall to rave reviews and a renewed appreciation for meat, among other things. The franchise is still going strong with the forthcoming release of the Boku wa Tomodachi Ga Sukunai: Add-On Disc OVA this September in Japan.

So, who's excited to see even more of Yozora, Kodaka, Kobato, Sena, Rika, Maria and lovable trap Yukimura?