"Hayate the Combat Butler! Can't Take My Eyes Off You" set to debut in October 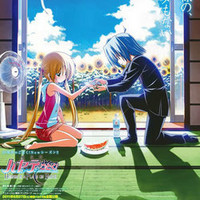 The song-y addition proves to be in line with Manglobe's previous Hayate production, movie Hayate the Combat Butler! Heaven Is a Place on Earth, and beats simply adding another exclamation mark to the end.

Buzz around the show has it that Masashi Kudo (the Bleach movies) directs and provides character design, with Yooichi Ueda (Cat Planet Cuties, openings on Magic Knights Rayearth and Gasaraki) as series director and a script by Rie Yoshika (Upotte, MM!). Talk is that opening will be "Can't Take My Eyes Off You" by eyelis, with "Love Trap" by Ruka Suirenji starring Haruka Yamazaki as the end. 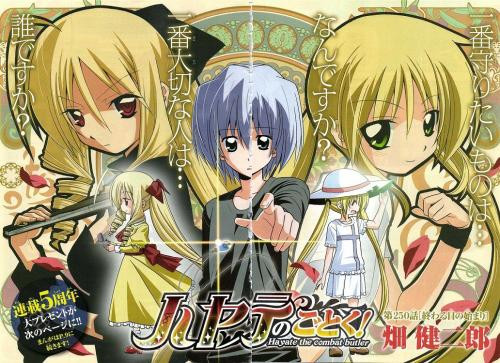