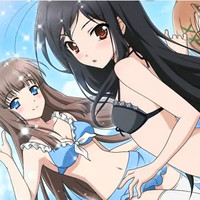 Namco Bandai has posted a new three and a half minute long preview of Accel World - Awakening of the Silver Sky, the upcoming game tie-in to the sci-fi series, the first pressing of which will be packaged with a special anime OVA episode.  Japanese fans will be able to pick it up for the PlayStation 3 or PSP on September 13th.