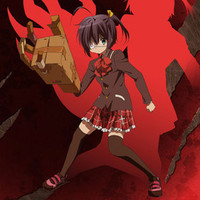 You can tell Kyoto Animation's fall anime Chū-2 Byō de mo Koi ga Shitai is a big deal. The House of Haruhi just have to release a few still frames of the eye patch wearing, heterochromiac heroine, and the crowd who voted KyoAni the top anime studio hops with anticipation.

The new stills include: 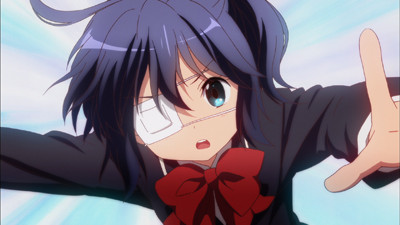 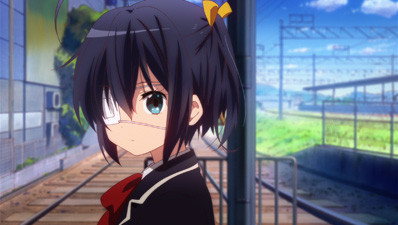 Other visuals for the project include: 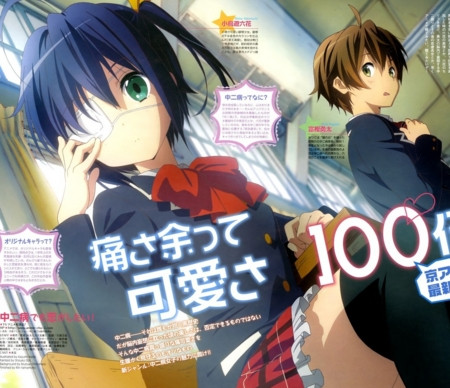 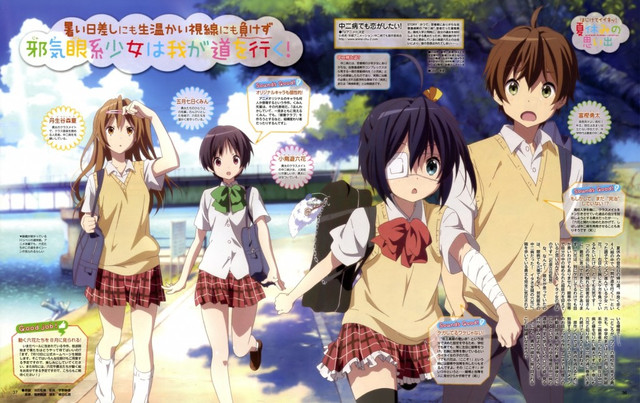 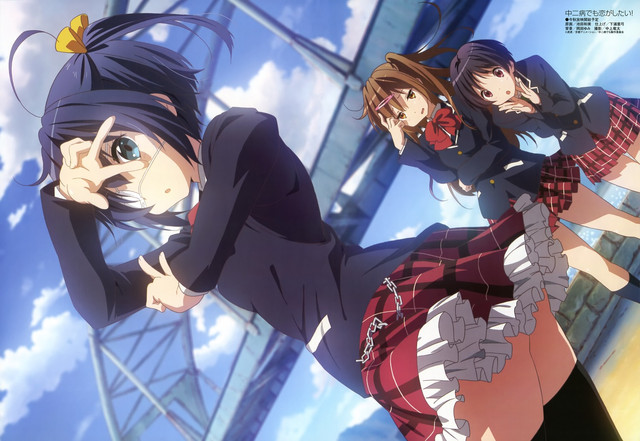 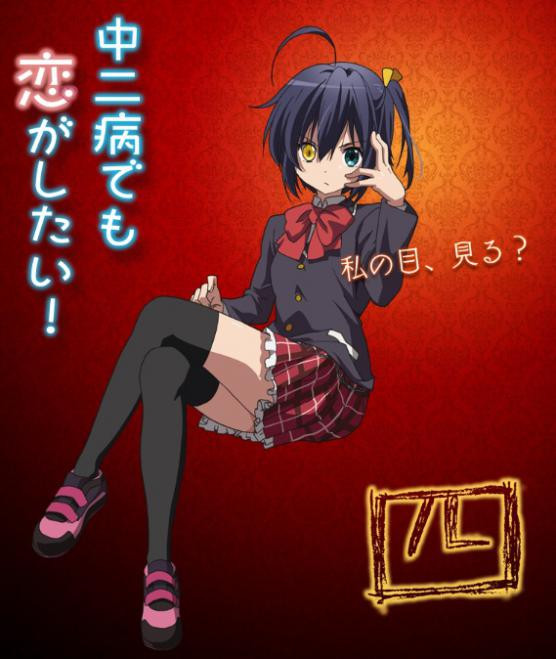 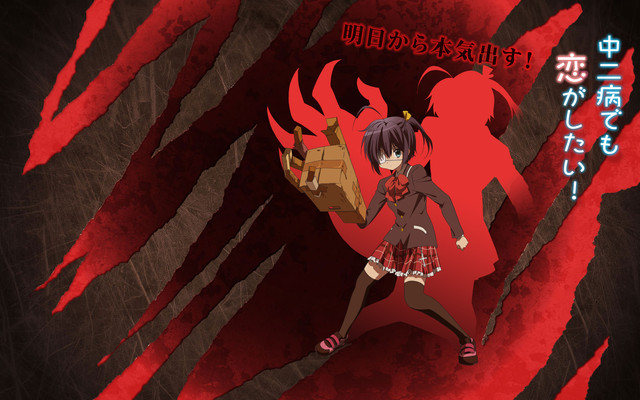 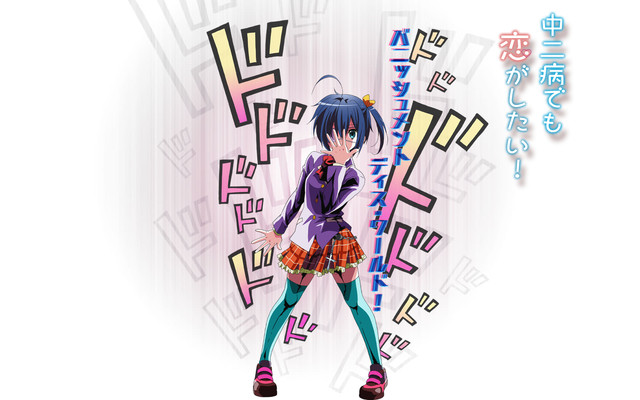 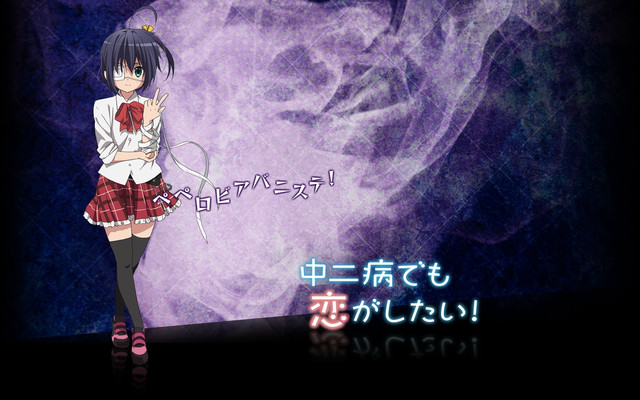 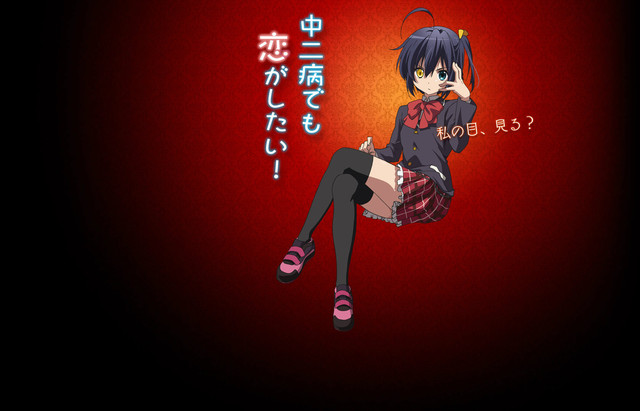 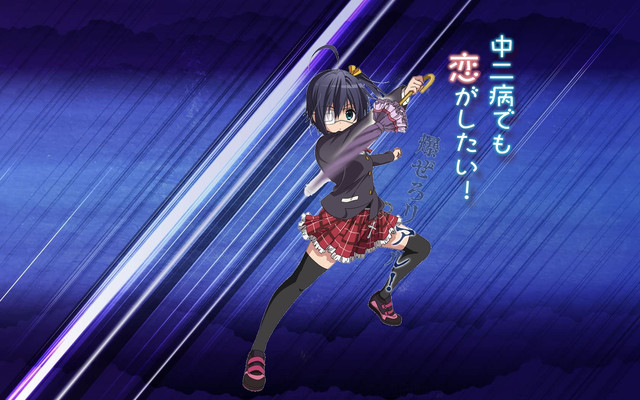 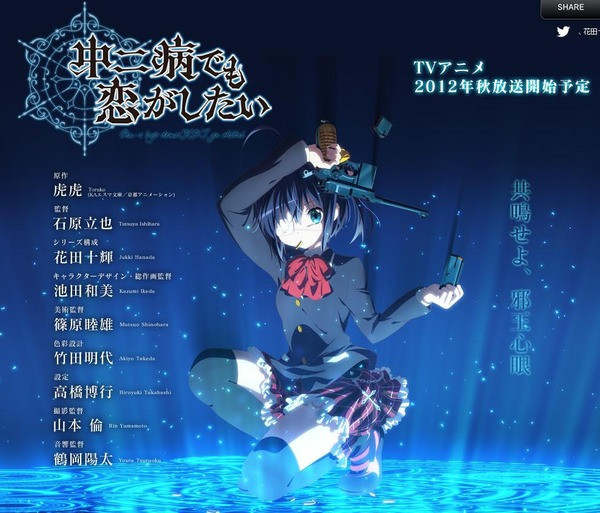 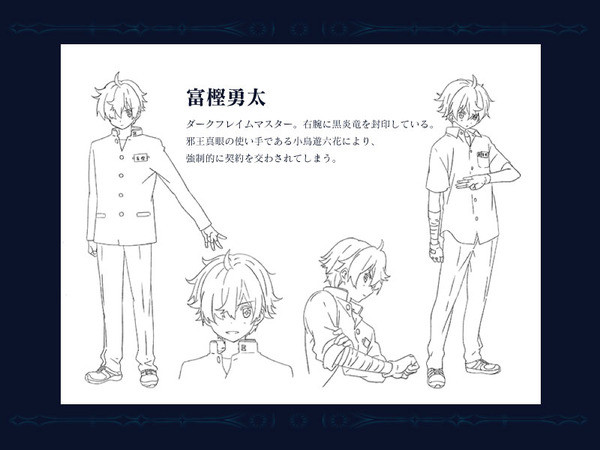 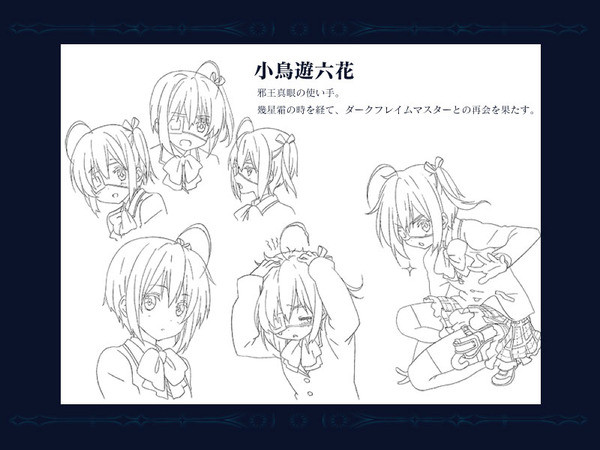 A teaser based on the manga... Update: @ultimatemegax points out that the source was a light novel rather than manga.