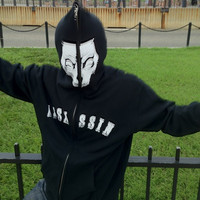 If you look at the fall anime chart, you'll notice that alt-audience anime block noitaminA is lined up to broadcast Steins;Gate follow-up Robotics;Notes and a mysterious, detail-free series called "Psycho-Pass." You'll also note that there's a detail-free listing for an untitled project by Fate/zero and Madoka Magica writer Gen "Urobutcher" Urobuchi. Some fans have started to deduce that these might be one and the same. 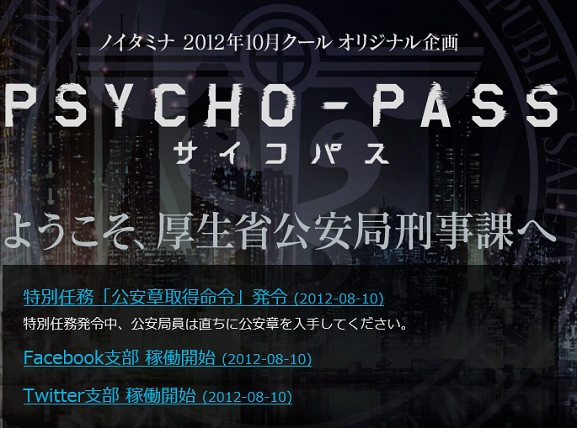 @butch_gen retweeting @psychopass_tv might simply mean that he's intrigued by the show, but it's also gotten some Japanese fans at least half convinced that the celebrated writer is attached to the title.

It has become such that in the world, a human mind’s current intelligence and disposition can be immediately measured by numerical data.

Each and every emotion, desire, and other qualitative disease of society’s psychology is recorded and controlled to facilitate implementation of a numerical index of the masses’ “well-being.”

In this society, it is customary for people to refer to this measurement by the name of “Psycho-Pass.”