"Scott Pilgrim vs. The World: The Game" Multiplayer DLC Delayed

Belated online multiplayer update gets pushed back to "fall" 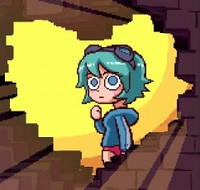 Earlier this month we posted that Scott Pilgrim vs. The World: The Game—the two-year-old side-scrolling beat 'em up—would be getting online multiplayer at long last on August 19. Unfortunately it looks like the DLC has hit a bit of a snag, but Ubisoft still says it will be releasing "this fall."

The time frame applies to both the XBLA and PSN versions of the 400 MS Point/$4.99 download, which also includes a playable Wallace Wells. When speaking to Joystiq, Ubisoft added, "We'll have more information as we get closer to launch," so hold tight! At least it's still on the way...