Second movie hits theaters in 2013, while TV anime returns to schedule in October 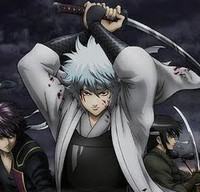 Remember that time Gintama made a big deal about ending, but ultimately just laughed it off? Well, looks like the comedy about alien conquered Edo era Japan has done it again. The anime is returning, highlighted by a second movie, slated to hit Japanese theaters in 2013.

Along the lones of other Shonen Jump movies, like the latest Naruto, One Piece and upcoming Hunter x Hunter and Dragon Ball, manga author Hideaki Sorachi will be lending his input to the 2013 Gintama feature.

In the meantime, while it's not clear whether it's new episodes or repeats, the Gintama anime will be returning to Japanese TV in October. 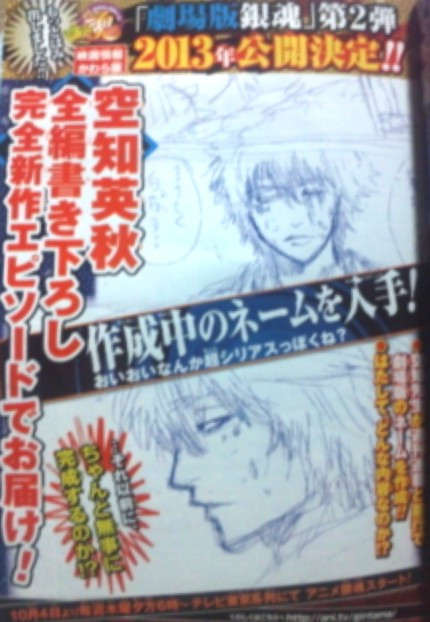 While the first Gintama feature adapted a story from the manga that had already been featured in the TV anime, Sorachi's involvement in the second suggests that it may be an original story. What sort of characters and storyline would you like to see featured in the new movie?