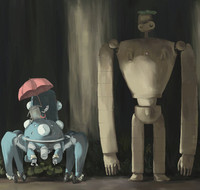 In a new Biglobe non-scientific poll, Japanese anime fans took a general audience, non-otaku American listing of Top 30 anime, and re-ranked them based on their own preferences.

The American rankings being used don't look entirely current, so the differences here seem to be a factor of time, in addition to culture and audience.