PSP game set to be released in Japan September 20th 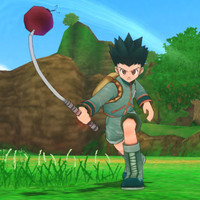 With two weeks to go before the September 20th Japanese release of Hunter x Hunter - Wonder Adventure, Namco Bandai has posted a three minute preview of the PSP game. In addition to offering a look at how the action adventure mirrors the manga and new anime, the promo showcases the pre-order bonus "Wonder Hunter License" and downloadable costume