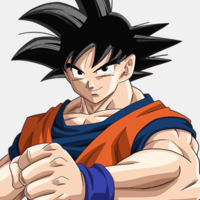 UNIJAPAN is a non-profit organization established in 1957 by the Japanese film industry under the auspice of the Government of Japan. Its "Co-production Certification Program" was launched in 2011 to promote and support the international endeavors of Japanese filmmakers, in association with the promotion of international co-productions supported by the Ministry of Economy, Trade and Industry (METI) and other affiliated organizations.

One of the four qualifying projects, and only animated feature this year is Toei Animation's new Dragon Ball Z film, which is scheduled to be released in Japan on March 30, 2013. Toei receives 50 million yen (about US$636,000) from the Agency for Cultural Affairs (Bunka-cho). Their collaboration country is the United States. Its enduring international popularity is probably strong enough to convince the judges and the commissioner of the Agency. UNIJPAN is now accepting

the applications for the next year.