As one of the Japanese with "Passion without borders" 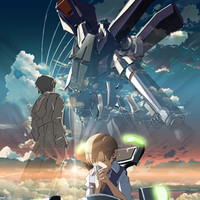 Motohisa Furukawa, Minister of the Cabinet Secretariat's National Policy Unit, presented letters of appreciation to 63 internationally active Japanese individuals at Foreign Press Center in Tokyo on September 18. One of the receivers was multi award-winning anime director Makoto Shinkai who was famous for his films such as Voices of a Distant Star (2002), The Place Promised in Our Early Days (2004), 5 Centimeters Per Second (2007), and Children Who Chase Lost Voices (2011). According to his official site's latest entry, the main reason was his recent workshop activities in the Arabic countries.

The official announcement by the National Policy Unit said, "Shinkai is an animation creator and film director with his signature work of 'The voices of a distant star' in 2002. Especially in the Middle East, including Syria, his workshop contributed to building the basis of 'anime' creation in the region."

Shorts Film Festival & Asia. He played the leading roles in some tokusatsu films including Godzilla vs. Mothra

(1992) and ULTRAMAN (2004). He also voiced Ryo Sakazaki in a TV anime movie Battle Spirits Ryuuko no

The ceremony was conducted in English except first four minutes.