Plus, official site counts down most memorable moments 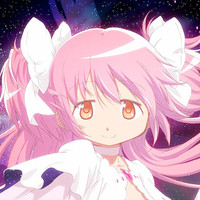 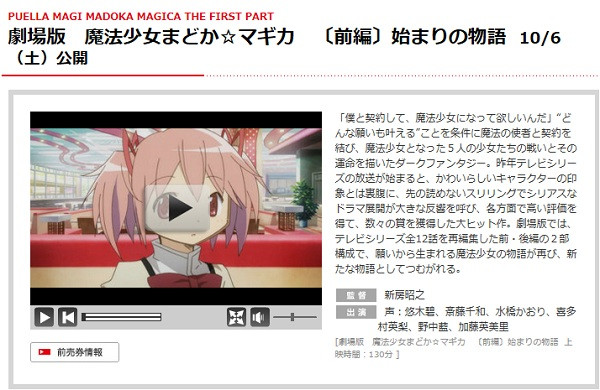 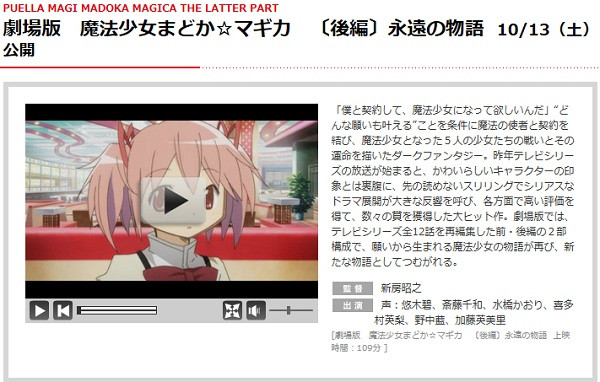 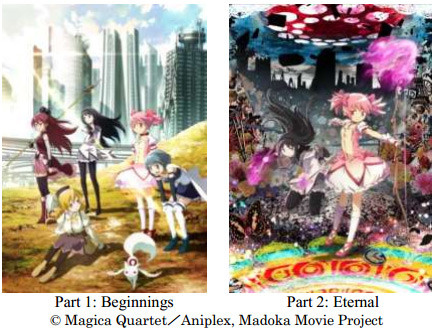 Speaking of Madoka Magica, the official site is offering a bit of fun with a countdown of most memorable lines from the TV series. Each is being accompanied by sound clips and wallpapers. 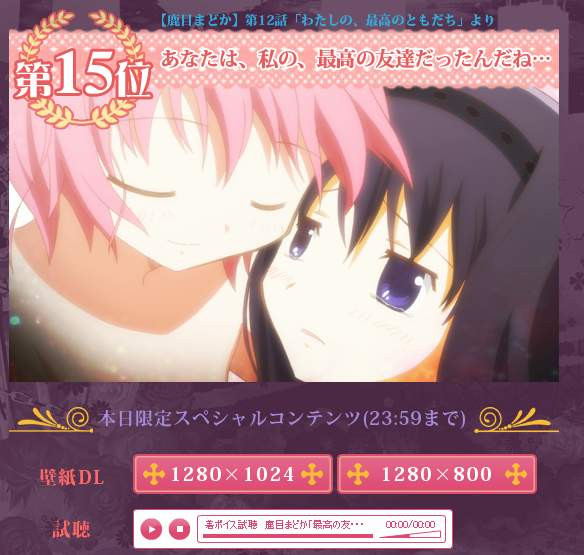 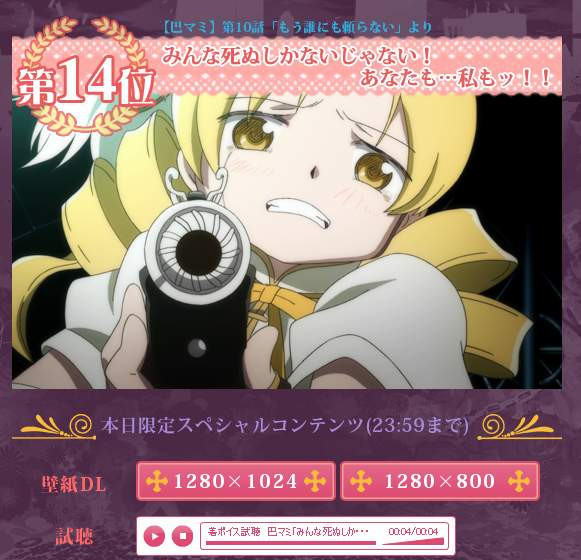 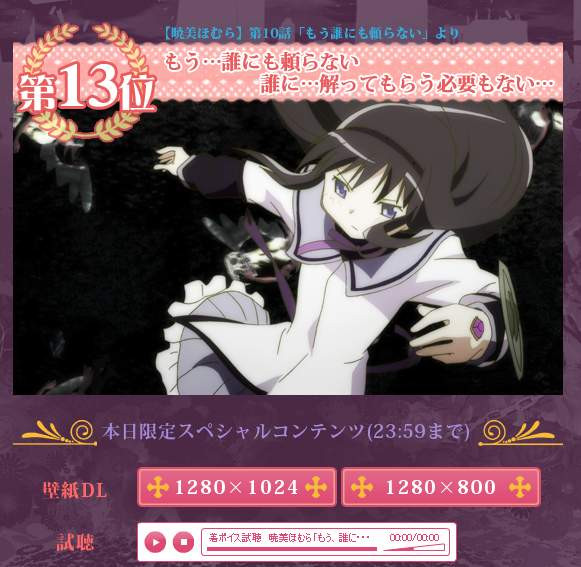 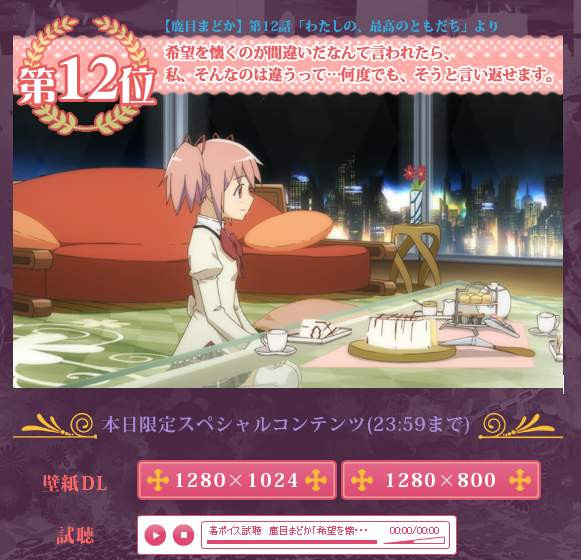 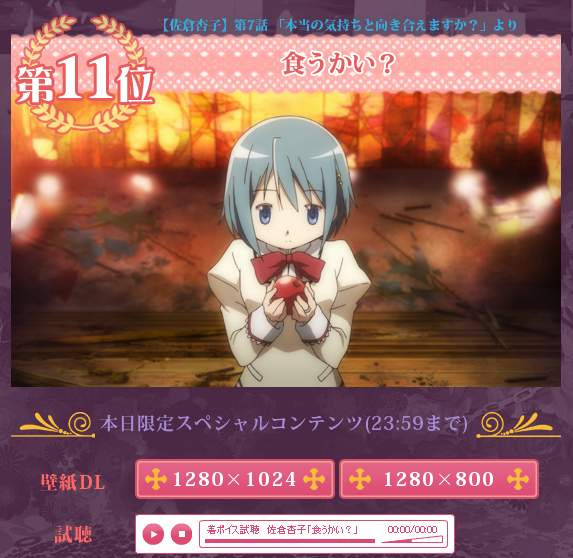 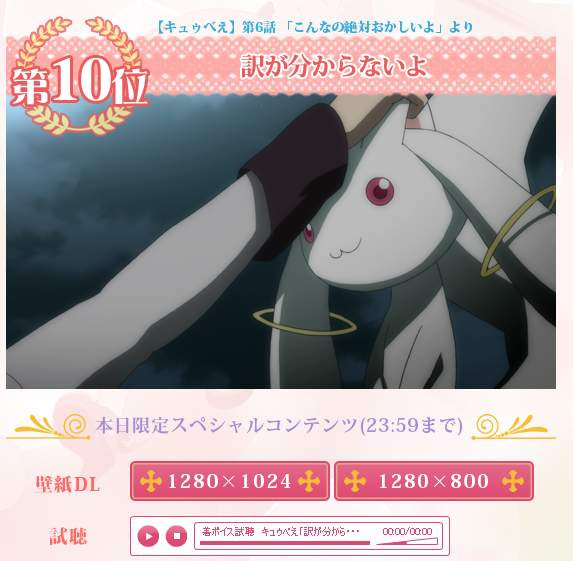