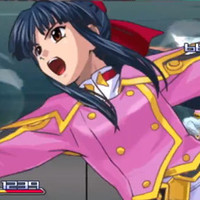 Ahead of the October 11th launch of Project X Zone, Namco Bandai has posted the first countdown gameplay movie of the Sega/Namco Bandai/Capcom crossover for the Nintendo 3DS. See characters from games from Street Fighter to Sakura Wars battle it out below.