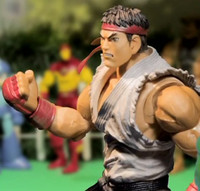 Clearly these groups need to stop hanging out with each other. Did anyone pick up Marvel vs. Capcom Origins?

MARVEL VS. CAPCOM® ORIGINS COMING TO XBOX LIVE ARCADE FOR XBOX 360 AND PLAYSTATION®NETWORK