VIDEO: An Extended Look at Suda51's "Liberation Maiden" for 3DS 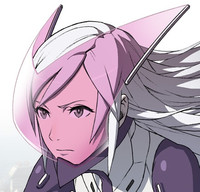 Last week brought news of Level-5's Guild 01 3DS games making their way to the Nintendo 3DS eShop in the west, with three of the four scheduled for release this year. One of those games, Liberation Maiden, comes from Suda51 (No More Heroes, Lollipop Chainsaw), and is already available in Europe. For those of you still waiting to get your hands on it, here's an extended English preview with plenty of gameplay.

The other two games—Yoot Saito's Aero Porter and Yasumi Matsuno's Crimson Shroud—will be available in Europe in November and December, respectively. All three, including Liberation Maiden, are planned for release in North America before this holiday season.