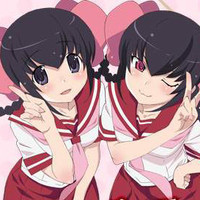 Rondo Robe has posted a short but catchy preview for the upcoming The World Only God Knows: Tenri-hen, focusing on the release of the theme music by eyelis (Hayate the Combat Butler: Can't Take My Eyes Off You ).

Next week's release of the 19th volume of The World God Only Knows supernatural rom-com manga is set to feature an OVA focusing on Tenri Ayukawa, a shy childhood friend of the series' dating sim master hero who happens to have a complicated relationship with a goddess. 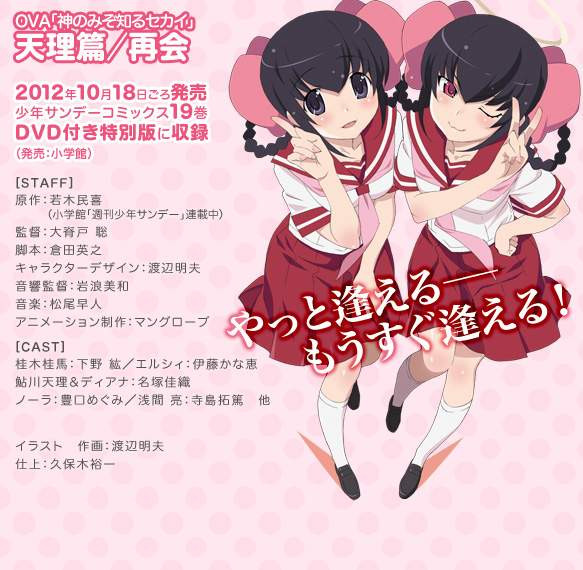 Cast for characters who will be appearing in the Kaminomi anime for the first time: