Nine days and $20,000 away from Kickstarter goal line 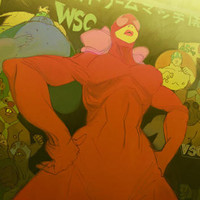 With nine days to go, revolutionary crowd funded anime project Kick-Heart is just $20,000 away from its once seemingly long-shot $150,000 goal. Reaching out to the fans making this nun/pro-wrestler project with the idiosyncratic style of director Masaaki Yuasa possible, a "Meet the Staff" featurette has been posted, along with a Reddit Ask Me Anything Q&A. 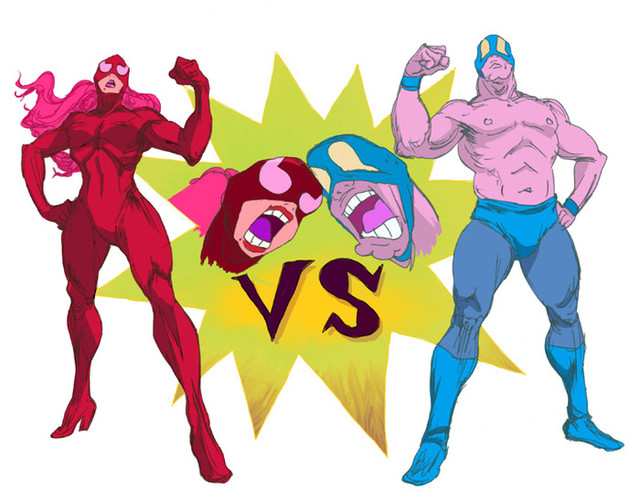 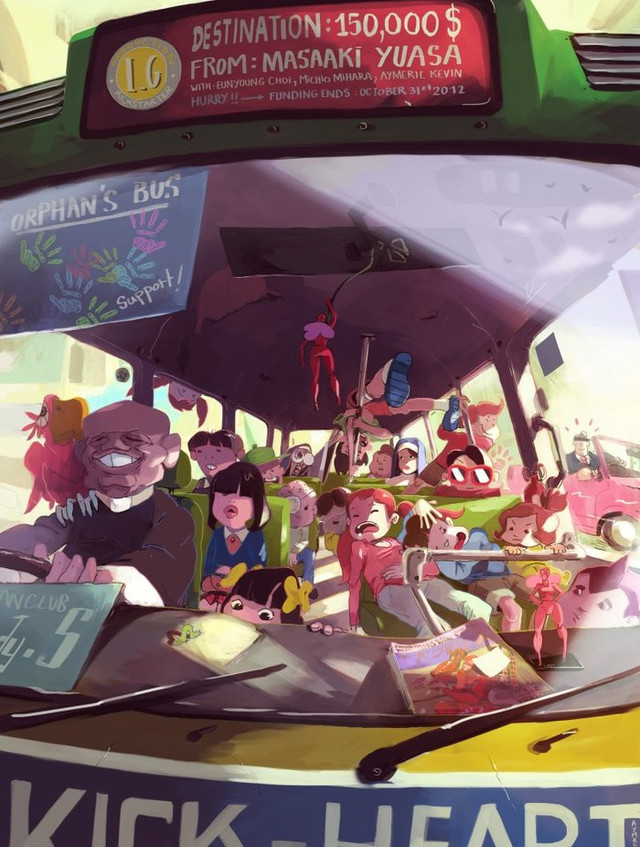 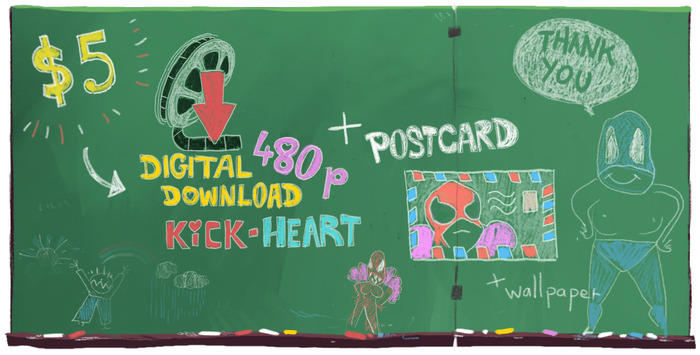 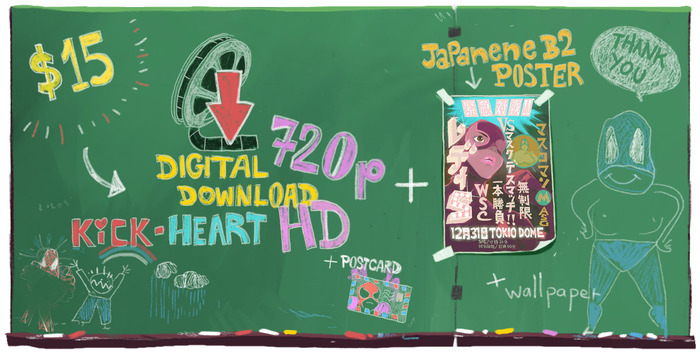 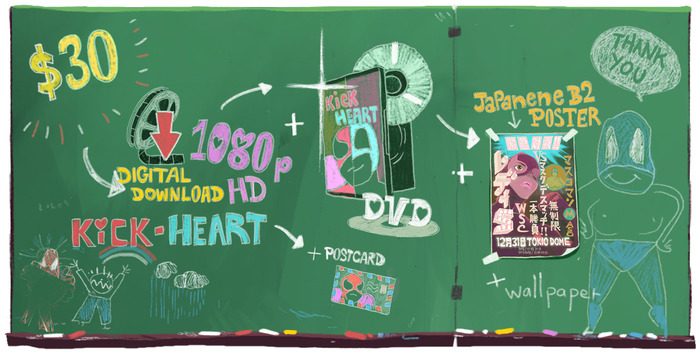 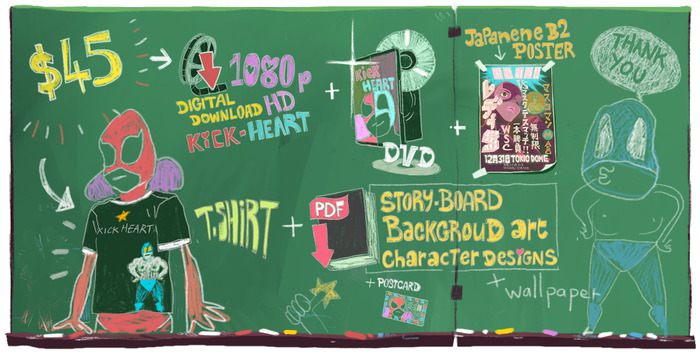 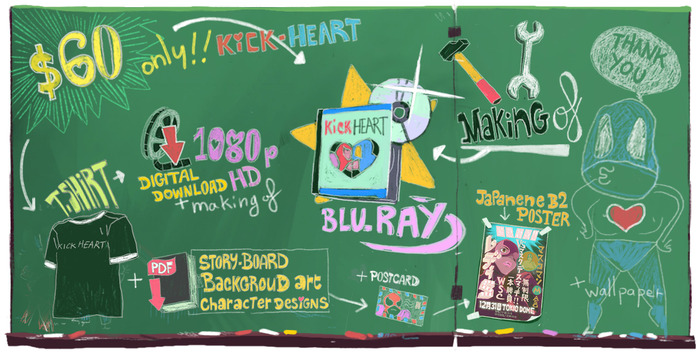 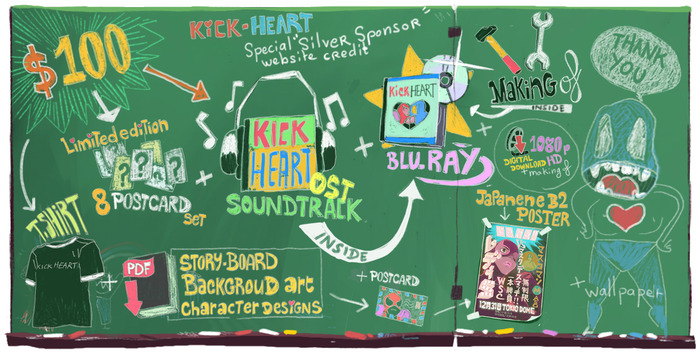 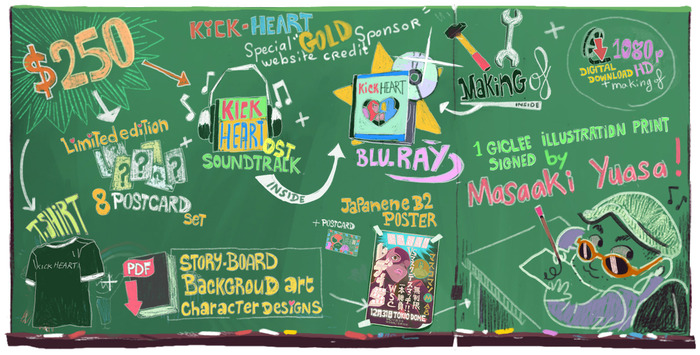 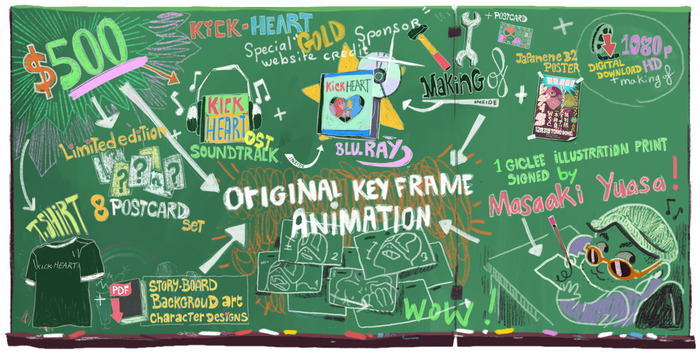 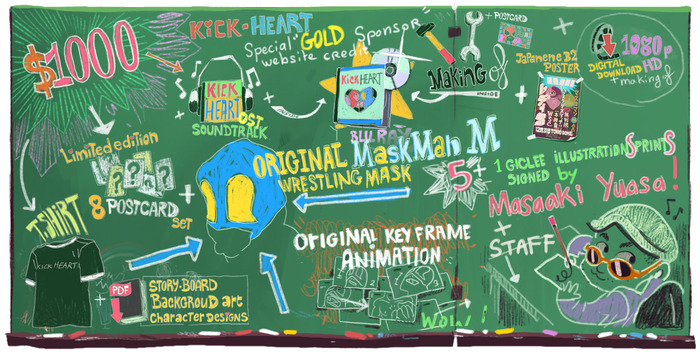 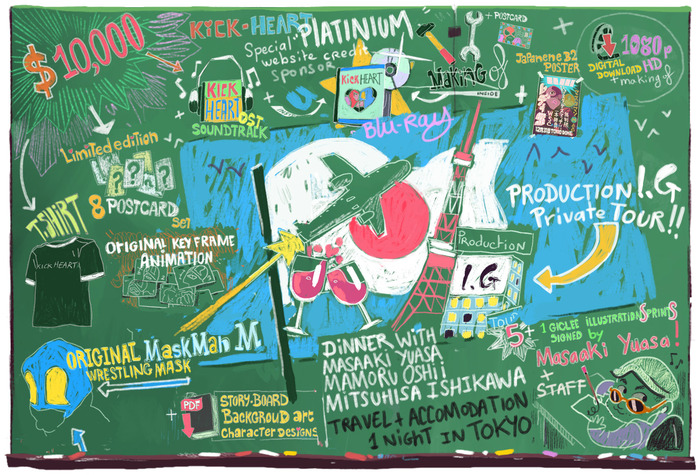 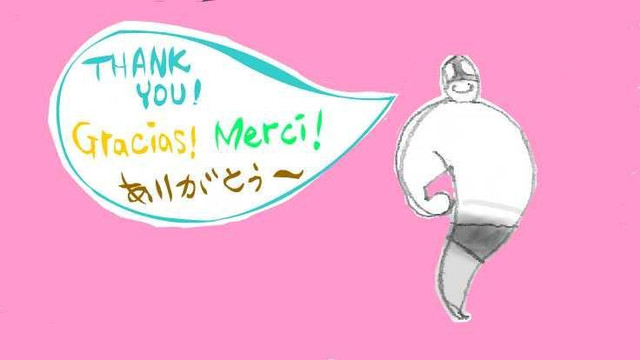 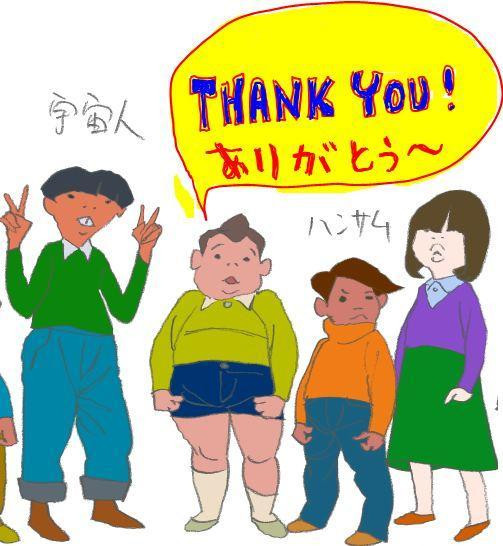 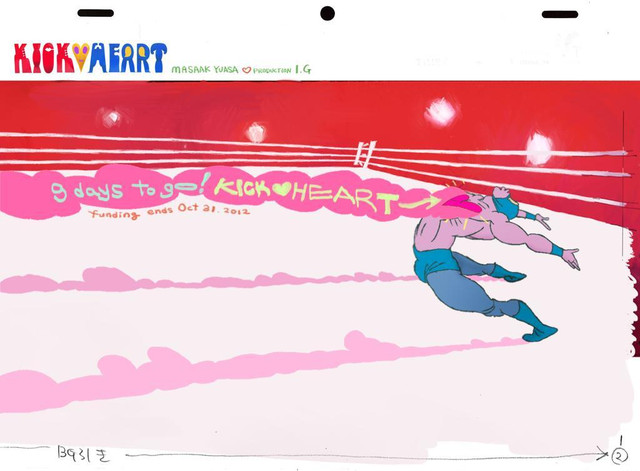