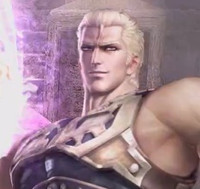 If you're on the east coast preparing for the big storm, hopefully you'll get a chance to check out the latest commercial for Fist of the North Star: Ken's Rage 2 before the power goes out. Everyone else, get ready for a quick burst of Hokuto Musou action in the clip below!

In addition to lead badass Kenshiro, Ken's Rage 2 features Thouzer, Falco, and Shachi as playable characters, and Bat and Rin will also be in the brawler. It's set to launch a flurry of head-popping punches on PlayStation 3, Xbox 360, and Wii U in Japan on December 20. It will also be available in a special Treasure Box package with extra goodies.

Kenshiro Is as Buff as Ever as a New Chozokado Figure