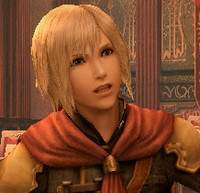 It's been so long since an international release was confirmed for Final Fantasy Type-0 that many folks have likely rightfully forgotten about the PSP game. According to Square Enix, Type-0's journey to the west is still on hold.

Type-0 scenario director Hajime Tabata says Square Enix still feels strongly about bringing the game to North America and Europe, but is waiting on the right opportunity for release. His comments:

"Due to market reasons, we are taking a clean slate in terms of our plans. We feel strongly about bringing this title to the fans in North America and Europe, so if an opportunity arises that can become a conclusive factor, we are prepared to go into consideration right away."