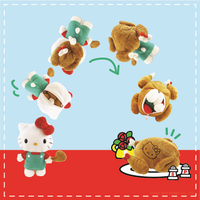 Hand it to Sanrio, they're never one to shy away from a bit of odd merchandise. In time for Thanksgiving, everyone's favorite mouthless feline is featured as a new plush that transforms from a figure of Hello Kitty holding a turkey drumstick to a logo-marked cooked bird. 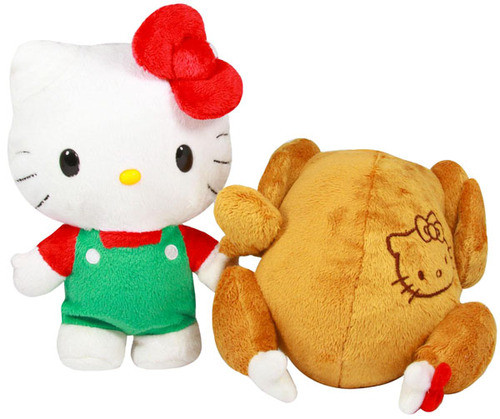 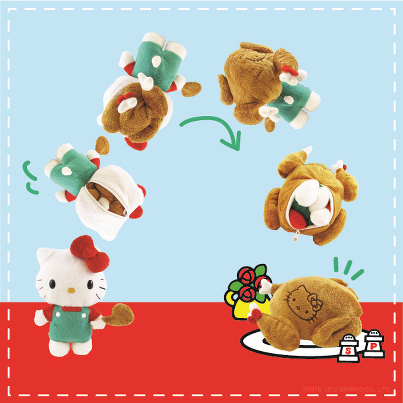