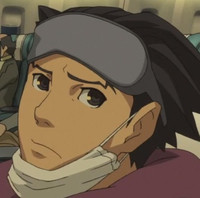 It's almost time for Professor Layton and Phoenix Wright to team up on Nintendo 3DS in Japan. Their adventure solving mysteries side by side begins on November 29, and Level-5 previews the proceedings with the new 90-second trailer below.

As Siliconera reports, Level-5 will be following up the game's release with "Director's Cut" DLC. The downloadable content will feature an unedited version of Professor Layton vs. Ace Attorney's story and a gallery of original script outtakes.

Professor Layton Is a Nendoroid Because That's What a Gentleman Does