Watch the game's lead protagonist and Phineas behind the scenes 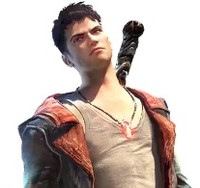 DmC Devil May Cry lands on Xbox 360 and PlayStation 3 on January 15, 2013. Let's talk about it, because the demo came out this week! Who played it and what did you think? Read my thoughts here.