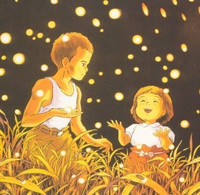 The UK's recently founded Dresden Pictures has acquired local rights to Grave of the Fireflies with plans to adapt a live-action movie based on Akiyuki Nosaka's semi-autobiographic novel about his childhood in the wake of the devastating World War II firebombing of Kobe, Japan. The story was famously adapted into a 1988 anime movie by Studio Ghibli co-founder Isao Takahata.

Though many have felt that the story should not be adapted into live action, two Japanese productions already made the leap in 2005 and 2008. 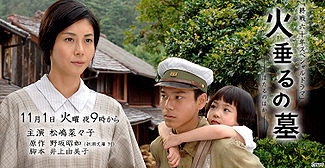 Liam Garvo and James Heath will produce and shooting aims to begin in 2014.

The anime classic was just released on Blu-ray in North America with GKIDS also recently announcing plans for a 25th anniversary re-release of the Studio Ghibli film in the United States next year.

via @VichusSmith and Dark Horizons