The police are continuing their investigation on suspicion of threats 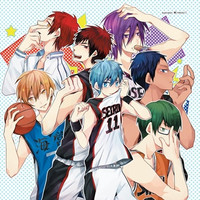 Fukuoka Prefectural Police announced that 11 places related to the Kuroko's Basketball-themed douinshi events in the Hakata ward of Fukuoka-city in the prefecture have received threat letters with a liquid substance on November 27th and 28th. The letters said, "Cancel the event, or there will be a tragedy of blood, chemicals, and fire in Hakata," and "There will be many casualties." As we have reported, same kind of threat letters have been sent to Tokyo, Osaka, Nagoya, Chiba, and Sapporo since October.

a convenience stores, a high school, a vocational school in the Hakata ward, and the two convention centers

to hold the doujinshi events. The event organizer has not decided to cancel the events yet.